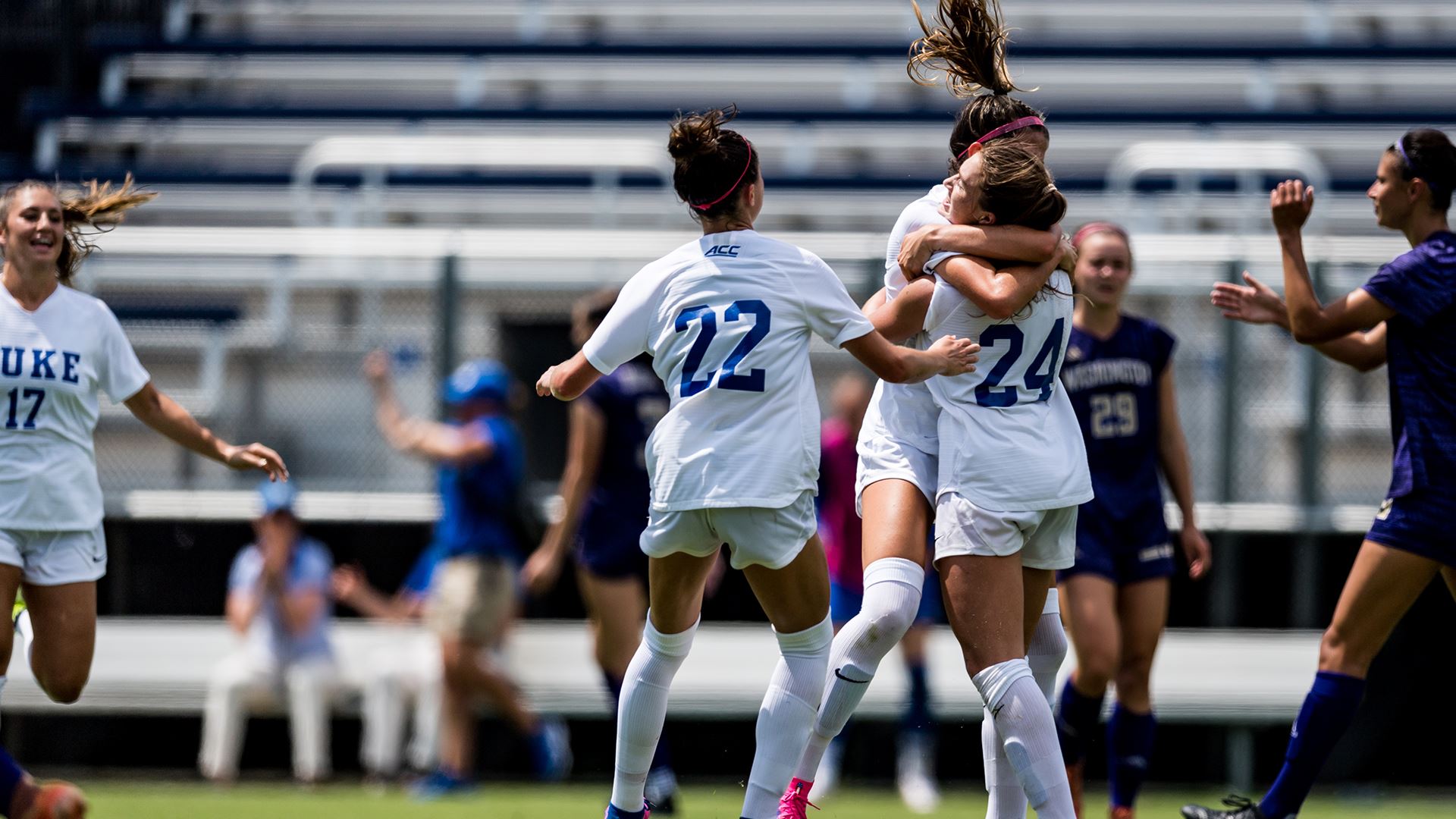 The final weekend of August features another round of intriguing non-conference action in the women’s Division I season.

Check out five games to watch spanning from Friday through Sunday.

It’s quite the opening test for Brown, as the Ivy League begins this weekend. Hofstra represents a team capable of scoring plenty of goals, with Lucy Porter, Miri Taylor and Lucy Shepherd. That will be a good way for goalkeeper Kayla Thompson to warm up this season. Every Ivy League side is going to be worth watching as they start the campaign, though the Bears have the attacking options to give Hofstra problems. Brittany Raphino’s attacking ability could be critically important to giving Brown a way into the game.

After two extremely difficult road games yielded two losses for the Aggies. Both came away from home versus Top 10 opposition in Florida State and TCU. Up next is yet another formidable for in the form of Clemson. Getting the attack going is a key for the Aggies, in both this game and beyond. Taylor Pounds, Makhiya McDonald and Barbara Olivieri can certainly manage that. However, the Tigers do have a stout defense in front of Hensley Hancuff and Megan Bornkamp as a player more than capable of causing problems.

The two sides have served up some classics of late, and it’s far from a straightforward trip to one game at altitude for FSU. Defensively, the Seminoles have looked air tight through the early stretch of the season, and finding a way to test the FSU defense is where this game could be decided. If the Seminoles are able to swat away the Buffalo attacks, then they have the players to make things happen, whether it’s Jody Brown, Jenna Nighswonger or Yujie Zhao. If Colorado’s able to find a way to create regular chances, whether from set pieces, pressure or in the buildup, an early season upset doesn’t seem farfetched.

Always stout defensively, Duke flashed some solid offensive production in the first two games of the season, wins against Arkansas and Washington. If freshman Michelle Cooper can sustain her early success, it bodes extremely well for a team that’s always difficult to break down at the back. That’s where Vanderbilt enters this game, looking for some help in the final third after Hailey Hopkins transferred to Virginia. Abi Brighton adds punch from the midfield, but scoring goals against Duke is a different task than besting Tennessee Tech or Purdue.

A matchup between top Carolina sides offers opportunity for the Wolfpack to pick up a massive result for the tournament resume. A draw on the road against Georgetown is already accomplished, as Jenna Butler and Jameese Joseph both scored in the first two games. Defensively excellence is a trait of South Carolina no matter who is on the team, and Heather Hinz offers stability between the posts. Catherine Barry exited the first game seven minutes in, so her availability for this matchup could be a determining factor. The Gamecocks do have other options for goals, including Claire Griffiths, Sam Chang and Luciana Zullo.