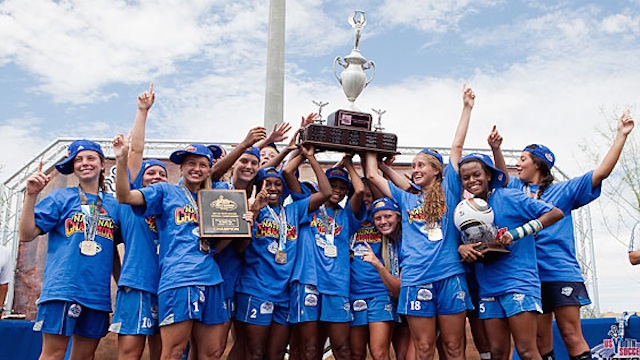 Signing Day is over, but the impact a handful of these top signings have on their respective programs is only just beginning. While the day itself offered few surprises, verbal commitments gave way to more official National Letters of Intent. Here’s a glimpse at five impact women’s signings who have the ability to play and excel right out of the box.

There’s no question Hoen-Beck at least had the most interesting Signing Day photo when she opted to ink her NLI in a parking lot in front of her car. As far as Virginia’s concerned, she probably could’ve signed it on the International Space Station and it would’ve been all gravy. Hoen-Beck, the No. 17 player in the 2015 class, arrives at Virginia at an interesting time of transition. Morgan Brian and Danielle Colaprico, two of the nation’s most dangerous attacking threats, were both taken in the top nine of the NWSL Draft. While Virginia returns top scorer Makenzy Doniak and a few other top pieces, the door will crack open for Hoen-Beck, a fearsome forward will pace, skill on possession and natural finishing ability. Even if playing time isn’t there right away, the stars line up for Hoen-Beck to become one of the next great goal-scorers in Charlottesville.