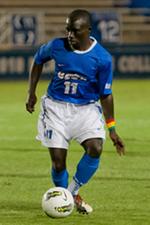 The effort involves looking at the performances of players on more than 300 Division One men’s soccer teams and assessing conference level of competition, playing time and other statistical data that might affect such an evaluation, depending on the position played.

It is very hard to boil a list such as this down to 100 players.

Our inaugural ranking of freshmen on the women’s side was published earlier this week.

We will update each of these lists at the end of the season.