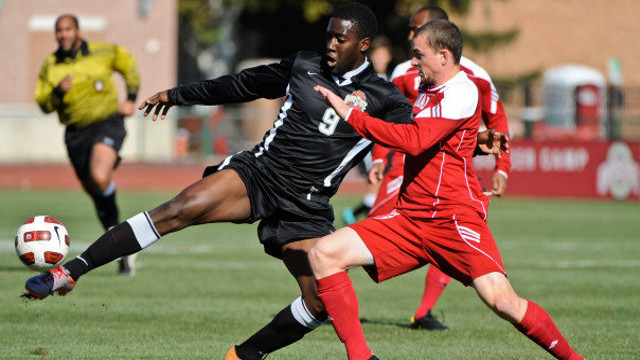 Each fall, dozens of players who have spent the past few years competing and developing in MLS Academies get a chance to take their game to the next level.

And while that level is rarely the professional ranks, college soccer offers a competitive environment for the near future, as players get a chance to test themselves.

Of course, there are plenty of other players already on campus and ready to kick the season off this weekend. For some, the adjustment period will be long and arduous, while others slip into starting lineups, or are already penciled in for a big role in some capacity.

One player who dominated at the Academy level is Garcia, and the U20 MNT midfielder looks slated for big things come fall. He’ll join the reigning national champions, and will look to contribute on a team in need of offensive help.

“Danny is doing very well, I think we’re very pleased with what he has to offer and I’m not big on expectations, he has to do this, that or the other thing for us, we just want him to work hard and give everything he has to his teammates and his team,” UNC head coach Carlos Somoano told TopDrawerSoccer.com. “He’s a good enough player that good things should happen.”

While it’s hard to know exactly how different freshmen will fit in at different schools, many will get the chance at all ages. Each week, we’ll update how some of the top MLS grads are doing at the collegiate level.

But for now, here’s a preview of what kind of roles 30 of the best upperclassmen will play in the fall:

F Bradlee Baladez, South Carolina, Junior (FC Dallas): The Gamecocks leader continues to spend time with FC Dallas in the offseason, as the club has been on top of monitoring his progress. Baladez looks like he’s MLS quality, but FC Dallas’ roster is crowded with Home Grown players, so it may take a special season to spur the club to add another youth product to the ranks.

D Chad Barson, Akron, Senior (Columbus Crew): A solid center back and experienced senior -- Barson has played in 73 games in his college career to this point -- Barson is going to be a prominent figure on Akron’s side once again. 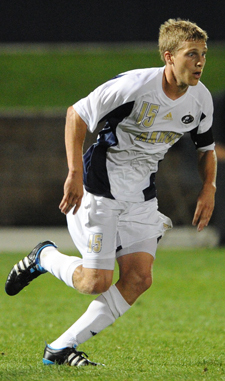 MF Scott Caldwell, Akron, Senior (New England Revolution): The attacking midfielder is going to be a key fixture for the Zips this fall, and it would be shocking if he wasn’t at least given a long look from New England in 2013.

GK Keith Cardona, Maryland, Sophomore (New York Red Bulls): The second-year netminder earned playing time towards the end of the season in 2011 and is competing for a starting spot this year with the Terps.

MF Ian Christianson, Georgetown, Senior (Chicago Fire): The midfielder is one of the captains on Georgetown’s promising, experienced side. He can catch the eyes of the Fire with a strong senior year.

MF Bryan Ciesiulka, Marquette, Junior (Chicago Fire): The outside midfielder does not put up the flashy stats (four goals, six assists in two seasons) but he is the type of player who makes an impact in other facets of the game. Ciesiulka’s play over the summer saw him end up on the PDL All-Conference team.

MF Sean Davis, Duke, Sophomore (New York Red Bulls): Started 10 games and made 12 appearances as a freshman. Significant losses will open up the chance for even more playing time as the Blue Devils look to compete for an ACC title.

F Cole Denormandie, Cincinnati, Sophomore (New England Revolution): The Big East All-Freshman team honoree is an under-the-radar MLS prospect. Denormandie notched seven goals in his freshman season while playing as a lone striker in a conservative formation. He probably will need another standout year or two before Revolution gets serious with a pursuit.

D Patrick Doody, Indiana, Sophomore (Chicago Fire): Doody is coming off a strong season in PDL with the Fire and will look to continue to impress in his second year with the Hoosiers. Wasn’t a starter in year one, but will look for more minutes this fall, possibly as a left back.

MF Peabo Doue, West Virginia, Senior (D.C. United): One of a handful of D.C. United Academy graduates, Doue will be an offensive fixture in the upcoming season for the Mountaineers.

MF Uwem Etuk, West Virginia, Senior (D.C. United): Another attacking talent, Etuk is one of many weapons the Mountaineers possess. He’ll be a big part of the team going forward.

D Bryan Gallego, Akron, Sophomore (New York Red Bulls): The Red Bulls Academy graduate is slated to be starting across the back line for the Zips during the upcoming season.

F Chris Hegngi, Ohio State, Senior (D.C. United): The leading scorer for the Buckeyes a year ago, Hegngi is a big athletic striker who will lead the attack in the fall.

D Sebastian Ibeagha, Duke, Junior (Houston Dynamo): A promising prospect from the Texan team, Ibeagha has steadily improved over the last two years, and he’ll be a critical figure in Duke’s hopes this season.

F Darwin Jones, Washington, Sophomore (Seattle Sounders): Huskies head coach Jamie Clark is not counting on having the services of Darwin Jones for long. The speedy striker is new to college soccer this fall and looking to make a big splash in Washington.

MF Dan Metzger, Maryland, Sophomore (New York Red Bulls): After featuring mostly as a substitute in 2011, Metzger will once again look to fight for playing time in a crowded Terrapin midfield. He was also named to the U20 MNT team that competed at the Milk Cup this summer.

D Boyd Okwuonu, North Carolina, Sophomore (FC Dallas): The physically punishing center back was tremendous in his freshman campaign with the Tar Heels. He will need to adjust to life without Matt Hedges, who was drafted by FC Dallas in January

F Nick Palodichuk, Duke, Sophomore (Seattle Sounders): The debated Sounders product prospered next to Andrew Wenger for the Blue Devils last season. The question for this fall is how he will do as the star of the show. 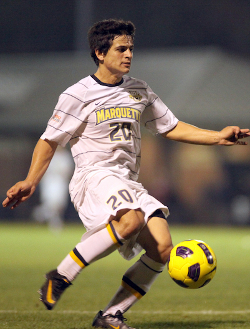 MF Troy Peterson, College of Charleston, Sophomore (Seattle Sounders): At six-feet tall, Peterson is sometimes miscast as a forward or center back, but he is best in the center of the field. His style is similar to current Sounder Andy Rose.

MF Travis Pittman, West Virginia, Senior (D.C. United): The holding midfielder has made tremendous strides in his four-year collegiate career, and his final season is a chance to prove he has the consistency and ability to make it at the next level.

D Kyle Roach, Maryland, Sophomore (New York Red Bulls): Entering his second year with the Terps, Roach saw limited action as a freshman, though he’s in the running for a starting spot along the back this fall, likely in the middle.

MF James Rogers, New Mexico, Sophomore (Colorado Rapids) The fiery winger will miss the first three games of the season due to an incident following New Mexico’s defeat in the 2011 NCAA tournament. Rogers might be small in stature, but he is tough as they come. Still needs another year or two of experience before the professional level.

D Widner Saint Cyr, Maryland, Junior (New York Red Bulls): A redshirt junior, Saint Cyr will be competing for time along the back line as he looks to help Maryland’s defense to improve in 2012.

MF Wil Trapp, Akron, Sophomore (Columbus Crew): A starter from day one for the Zips, Trapp is a deep-lying holding midfielder and member of the U20 MNT. He’ll be a big part of Akron’s season this fall, and is a strong candidate to sign a pro contract one day.

D Matt Wiet, UCLA, Senior (Columbus Crew) The two-time UCLA defensive MVP is going to get plenty of attention from the Crew staff. He is a center back with decent skill who is probably worthy of a Home Grown deal today. However, Crew signing both Barsons and Wiet seems like overkill.

D London Woodberry, Maryland, Senior (FC Dallas): The strong, athletic center back is part of a talented senior class eager to finish on top. He had opportunities to sign a contract with FC Dallas but wanted to come back in part for a chance at a College Cup appearance.

D DeAndre Yedlin, Akron, Sophomore (Seattle Sounders) The elegantly haired outside back continues to improve with every season. Yedlin has locked up the right back at Akron and soon will be locking down the right side for the Sounders. His speed and offensive capabilities will endear him to many Sounders fans.

F Gyasi Zardes, CSU Bakersfield, Junior (LA Galaxy) Is there any doubt that Zardes is the most pro-ready player on this list? He has already been offered a sizable contract by MLS, and decided to stay in college. He is finishing his degree this year and then cashing a big check from LA Galaxy or some professional team overseas.