U20 WNT heads to Spain for tournament 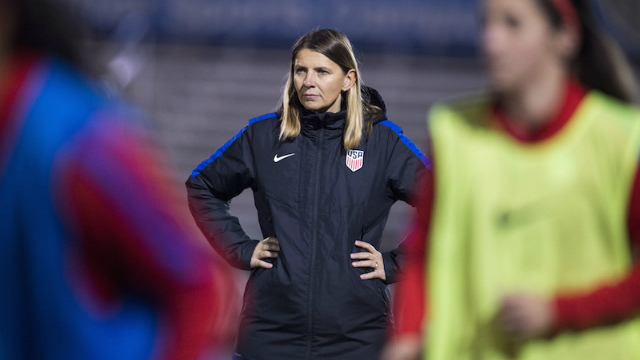 The U.S. Under-20 Women’s National Team will travel to La Manga, Spain from March 29-April 10 for three matches against Under-23 National Teams.

The USA will face Sweden on April 5, play England on April 7 and finish against Italy on April 9. The games are part of a friendly tournament that also features the U-23 WNTs of France and Norway and the U-20 WNTs of England, China and Norway.

U.S. U-20 WNT head coach Jitka Klimkova has named 24 players for the Women’s U-23 La Manga Tournament, 19 of whom were on the team that earned a berth to the 2018 FIFA U-20 Women’s World Cup during the CONCACAF qualifying tournament last January.

The 16-team field for the tournament is a strong one, featuring Mexico, the USA, Haiti, host France, England, Netherlands, Germany, Spain, Ghana, Nigeria, Brazil, Paraguay, China PR, Japan, Korea PRK and New Zealand. Germany has won the tournament three times (2004, 2010, 2014) while Korea DPR has won it twice, in 2006 and most recently in 2016.

The roster for La Manga features players from three birth years, with eight players born in 1998 (the age cut-off year for the World Cup), 13 born in 1999 and three born in 2000. Defenders Jordan Brewster (International SC) and Naomi Girma (California Thorns FC), midfielders Jaelin Howell (Real Colorado) and Brianna Pinto (NTH Tophat), and forwards Sophia Smith (Real Colorado) and Penelope Hocking (SoCal Blues) are the only players on the roster who have not yet enrolled in college.

The U.S. team is coming off a successful trip to France in early March that served as a test run for the U-20 Women’s World Cup. The USA played the France U-20 WNT twice, both in World Cup venues, winning 1-0 and drawing 2-2. Pinto scored in the first match and Smith tallied both goals in the second.