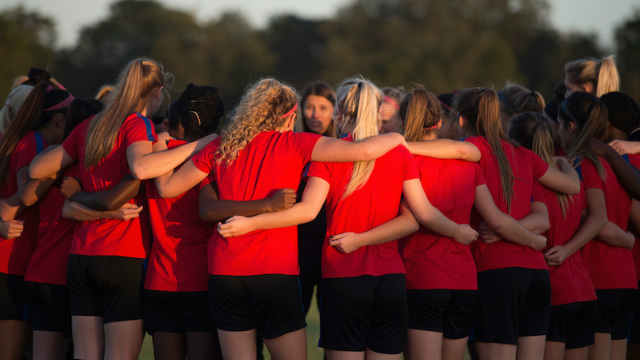 U.S. Under-20 Women’s National Team head coach Jitka Klimkova has named the 20-player roster for the 2018 CONCACAF Women’s U-20 Championship to be held Jan. 18-28 in Trinidad & Tobago.

The roster is made up of 16 collegiate players and four youth club players, all of whom play for U.S. Soccer Girls’ Development Academy teams. Players born on or after January 1, 1998 are eligible for the 2018 U-20 Women’s World Cup, and Klimkova has named players from three birth years: six born in 1998, 11 born in 1999 and three born in 2000. The roster’s youngest player is 17-year-old Real Colorado forward Sophia Smith, recently named 2017 U.S. Soccer Young Female Player of the Year.

“This was not an easy process,” Klimkova said. “To look over the entire year, then boil it down to the 30 players in the New Year’s camp and then pick the final roster was difficult, and that’s a credit to the players. The most recent camp was so competitive. The players left everything on the field and they were really battling for roster spots.”

Klimkova named three players who were not a part of the roster for the 2017 Nike Women’s International Friendlies last month: defenders Tierna Davidson and Kiara Pickett of Stanford and forward Ashley Sanchez of UCLA. At the time of the Friendlies, the trio was coming off of playing in the NCAA College Cup Final. Thirteen players on the roster have previous CONCACAF World Cup qualifying experience and 11 have played for the USA in a FIFA Women’s World Cup at the youth level.

The 2018 CONCACAF Women's U-20 Championship features eight nations divided into two groups of four teams. The top two finishers in each group will qualify for the semifinals, with the winners of those games along with the winner of the third-place match earning berths to the 2018 FIFA U-20 Women's World Cup in France.

All 16 matches of the tournament will take place across eight matchdays at Ato Boldon Stadium in Couva, Trinidad. The United States will open the tournament on Jan. 19 against Nicaragua, face Jamaica on Jan. 21 and finish group play against Mexico on Jan. 23.

“It’s a real positive that so many players have experience in qualifiers,” said Klimkova. “That can help us a lot. They know what to expect, they know how difficult it is to travel to these CONCACAF countries and they know how challenging all these games will be. We know that CONCACAF teams are improving every year, we know that every game, every goal we score, every goal we allow and every yellow card we get will be important. These players are experienced in being prepared for every situation and that can help us qualify and win the tournament. Focusing on all those details will be really important.”