U20 WNT tops China, moves on to quarters 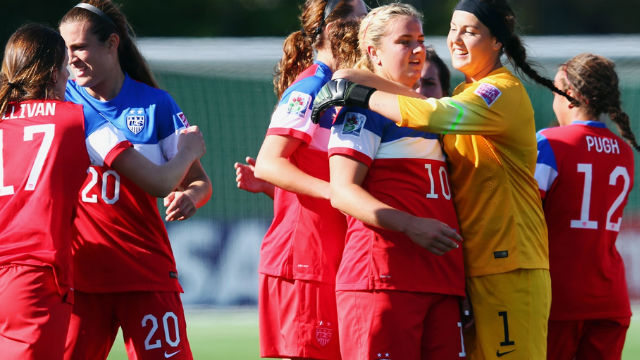 What a difference a week makes for the U.S. U20 WNT.

The U.S. turned in its best performance of the U20 World Cup in a 3-0 win against China PR on Tuesday, advancing to the quarterfinals thanks to two goals from Lindsey Horan and a third from Rose Lavelle to put the game away.

The early goal in the second half from Lavelle helped the U.S. cruise to the victory, as China failed to really trouble goalkeeper Katelyn Rowland on the sunny afternoon in Moncton, New Brunswick.

There’s still a long way to go before anointing the U.S. U20 WNT as championship contenders, but Tuesday’s performance was a huge step forward, along with securing a second place finish in Group B. Up next for the U20s is a Saturday quarterfinal against North Korea, which lost 1-0 against Canada in Tuesday's late action.