U23 MNT roster announced for camp in Utah 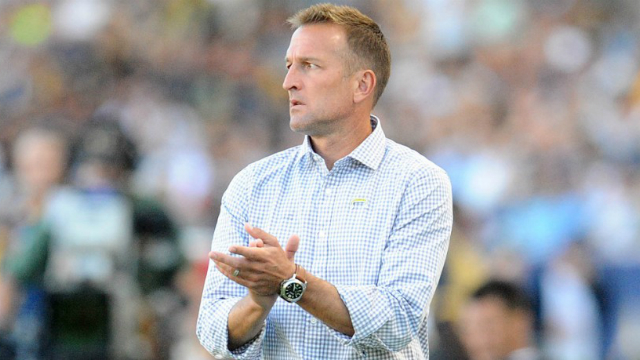 The U.S. Under-23 Men's National Team will hold its third training camp of 2019 from June 9-16 outside Salt Lake City in Herriman, Utah. Head coach Jason Kreis has called in 21 players for the domestic camp.

The Utah training camp comes shortly after 13 U-23 MNT players joined the senior MNT in Annapolis, Md. for a combined summer training camp from May 26-June 2.

The gathering in Herriman marks another step in the U-23 MNT's journey to the 2020 Summer Olympics in Tokyo as the USA aims to qualify for its first Men's Olympic Football Tournament since 2008. The U.S. will look to secure its Olympic berth early next year as one of the top two teams at the 2020 Concacaf Olympic Qualifying Championship.

Eight players have been involved with the U-23 MNT already this year - six players were a part of the team's cycle-opening friendlies in San Pedro del Pinatar, Spain last March, while the three goalkeepers and midfielder Eryk Williamson participated in the combined summer training camp with the full MNT in Maryland.

Midfielder Jackson Yueill is fresh from earning his first senior MNT cap during the USA's pre-Gold Cup friendly vs. Jamaica on June 6. Forwards Alfonso Ocampo-Chavez and Giovanni Reyna helped the U-17 MNT secure a record 17th qualification to the FIFA U-17 World Cup last month at the 2019 Concacaf U-17 Championship in Bradenton, Fla.