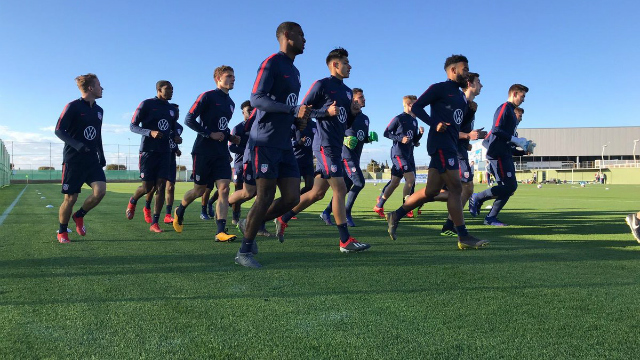 The U.S. Under-23 Men’s National Team will play its first matches of the 2020 U-23 cycle with a pair of friendlies in San Pedro del Pinatar, Spain. Twenty-three of the USA’s brightest Olympic hopefuls will gather to face Egypt on Friday, March 22 and the Netherlands on Sunday, March 24. Both matches are set to kick off at 12 p.m. ET at the Pinatar Arena in San Pedro del Pinatar.

The matches represent the beginning of a long journey to the 2020 Summer Olympics in Tokyo as the USA aims to qualify for its first Men’s Olympic Football Tournament since 2008. After narrowly missing qualification to the 2016 Summer Olympics in Rio de Janeiro by dropping an intercontinental playoff, the new U-23 MNT will set its sights on the Concacaf Olympic Qualifying Championship. Set for late 2019 or early 2020, two nations will advance to Tokyo from the tournament.

The U-23 MNT’s two matches will serve as part of the Pinatar Arena Football Festival, an event featuring 14 international friendlies between 14 national teams in the U-20, U-21 and U-23 age groups from Africa, Asia, Europe, North America and South America. The U.S. U-20 MNT will play France on Friday, March 22 and Japan on Monday, March 25 as part of the event.

Eight players on the roster have already debuted with the senior Men’s National Team. Four saw significant time with the MNT last year: forwards Josh Sargent (six appearances) and Tim Weah (8, as well as defenders Cameron Carter-Vickers (6) and Antonee Robinson (6). Defender Matthew Olosunde and midfielder Keaton Parks picked up their first caps in the MNT’s 3-0 win against Bolivia in Philadelphia last May, while forward Jeremy Ebobisee and midfielder Djordje Mihailovic made their first senior team debuts during the MNT’s January Camp victories against Panama and Costa Rica. Goalkeeper Jonathan Klinsmann was called to MNT camp last November but did not play against England or Italy.

Eight players were a part of the USA’s quarterfinal run at the 2017 FIFA U-20 World Cup: Carter-Vickers, Ebobisse, midfielder Derrick Jones, Klinsmann, goalkeeper JT Marcinkowski, forward Emmanuuel Sabbi, Sargent and midfielder Eryk Williamson. Sargent took home the Silver Boot in Korea Republic as the tournament’s second-leading goalscorer. The U-20s topped their group at the World Cup and took down New Zealand 6-0 in the Round of 16 before falling to eventual runner-up Venezuela in added extra time.

Sargent and Weah both appeared at the 2017 FIFA U-17 World Cup in India. The 17s also advanced to the quarterfinals, putting together a rousing 5-0 Round of 16 victory against Paraguay before bowing out to eventual champion England. Sargent captained the squad in India, while Weah scored a historic hat trick and one of the goals of the tournament against Paraguay. The USA was one of just two countries to advance to the quarterfinals of both the U-20 and U-17 World Cups in 2017.