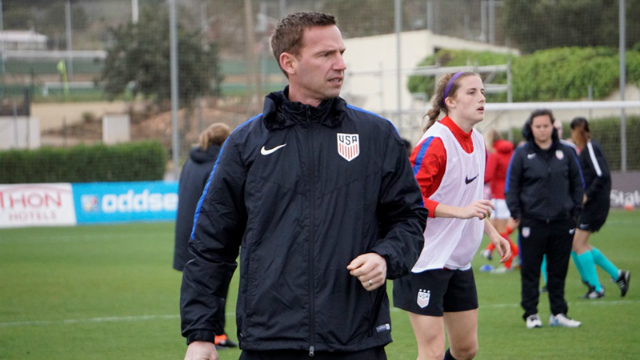 The U.S. Under-23 Women’s National Team will hold its final training camp of the year from Nov. 28-Dec. 4 in Orlando, Florida.

U.S. head coach B.J. Snow has called 22 college players and four NWSL players to the fifth domestic event of the year for this age group that also took two trips overseas to Spain in March and Sweden in June.

The NWSL players called up are goalkeeper Katelyn Rowland, who back-stopped the North Carolina Courage to the NWSL Shield in 2017 and was named to the NWSL Second XI, Sydney Miramontez, of the new Utah NWSL side, who played in five matches for FC Kansas City last season, Darian Jenkins of the Courage, who missed the 2017 season while rehabbing a broken leg, and Michele Vasconcelos, a 2017 draft pick of the Chicago Red Stars who missed last season due to the birth of her first child.

Fifty-seven players have seen game action this year with the U-23s, which featured many professionals in the early part of the year and primarily college players with numerous talented youth club players mixed in, during the NWSL season.