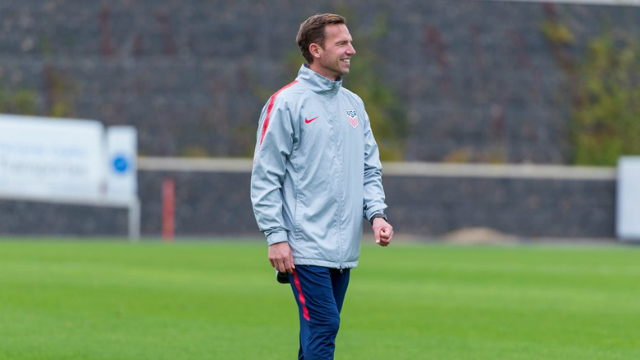 U.S. Under-23 Women’s National Team head coach B.J. Snow has named a 24-player roster for the 2019 Thorns Spring Invitational where the USA will face Reign FC, Portland Thorns FC and the Chicago Red Stars in the four-team NWSL pre-season competition.

Snow named a roster that features 21 collegiate players, two players current playing professionally in Europe – Schuyler Debree (Sparta Prague in the Czech Republic) and Martha Thomas (Le Havre in France) -- and one U.S. Soccer Development Academy player in Maycee Bell, who is a member of the USA’s current Under-20 WNT player pool.

The roster includes two players from the 2018 NCAA Champion Florida State Seminoles in midfielder Jaelin Howell and defender Kirsten Pavlisko. The roster also features two players from runner-up University of North Carolina in midfielder Brianna Pinto and defender Emily Fox, who has recently seen significant training time with senior U.S. WNT and has earned three caps, two at the end of 2018 and one this year.

Three players from Stanford University were also called up, including 2018 MAC Hermann Trophy winner Catarina Macario, who scored all four of the USA’s goals at this tournament last year.

Two players from USC were called up in forward Penelope Hocking and midfielder Savannah DeMelo, who scored four times at the 2018 FIFA U-20 Women’s World Cup to lead the team.

Pinto, Howell, and UCLA forward Ashley Sanchez have also trained with the full National Team, but none are capped.

The U.S. Under-23s are taking part in Thorns Spring Invitational for the third year in a row and all the matches will take place at Merlo Field on the campus of the University of Portland. The competition will take place over three matchdays, with an early game that has free admission and a later match featuring the Thorns that will be a ticketed event. Tickets for the matches featuring the Thorns are general admission. Individual tickets are on sale to the public online at www.thornsfc.com.

At last year’s Thorns Spring Invitational, Snow called in a roster of 23 collegiate players and one professional. The USA fell 2-1 to the Houston Dash, drew the Thorns 2-2 and took down the Red Stars 1-0.