U23 WNT standouts vs. Portland Thorns 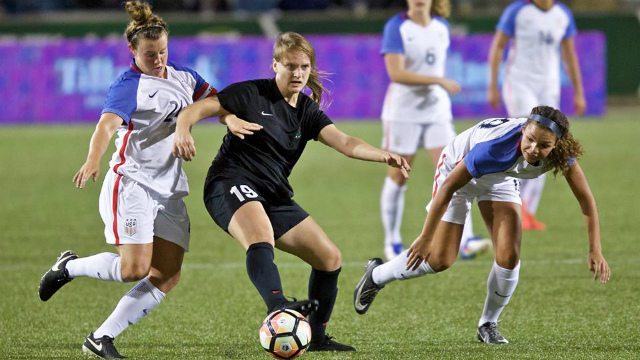 Two second half goals secured a 2-1 win for the U.S. U23 Women’s National Team on Wednesday night against the Portland Thorns.

Competing in the second game of the Portland Thorns Invitational, goals from Michelle Xiao and Sophie Smith propelled the U.S. side to the narrow win at Providence Park.

It was a solid effort from B.J. Snow’s side, doing well to press the Thorns for pockets of the game and turn them over high up the pitch. That eventually led to the winning goal, when Smith forced a Portland mistake and scored the winner.

Starting eight college players and three club standouts, the U23s certainly provided a tough test for a Thorns side that rested a couple of its stalwarts.

Here are four of the standout U23 players from the win.