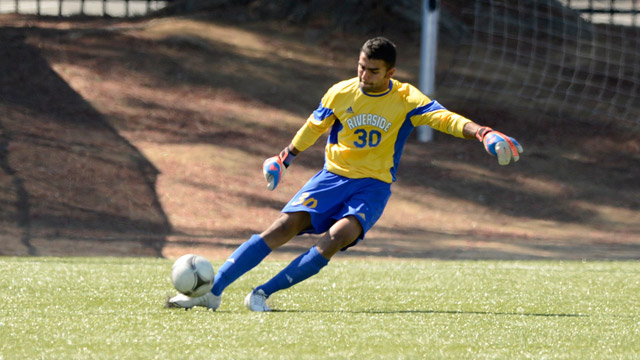 There is a period of time when a program goes from conference novelty to national contender. Usually, it happens over the course of a couple of years with telling signs along the way that include the historic victory against conference favorite, legitimate complaint about missing out on the NCAA Tournament, and a motivated head coach who makes recruits believe in his vision.

The West Coast has a program with all of those characteristics, but it is not one you would expect.

Under the guidance of head coach Junior Gonzalez, the UC Riverside Highlanders (7-0-0) are off to their best start in program history. 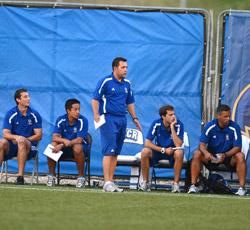 “The difference to start this season is we have been able to recruit better players and have depth at more positions,” Gonzalez told TopDrawerSoccer.com over the phone on Friday. “We had talent in the past, but struggled with the bench.

“Also, the approach in training has been better day-to-day along with an emphasis on the defensive pressure.”

Gonzalez has been with the program since it returned to Division I status in 2001. The former UCLA Bruins midfielder was an assistant with the team for three years before taking over head coaching duties at the tender age of 25 years old in 2004.

“After playing at UCLA, winning the National Championship in 1997, and only losing a few games over my four years, I was a bit naive with my expectations [at Riverside],” the coach said when reflecting on that first season. “We were starting a grassroots program with limited funding.”

“I give a ton of credit to the old athletics director for taking a chance and hiring me as a 25 year-old head coach,” Gonzalez said. “With Brian Wickstrom, the new athletics director, the financial support is there and we now have out-of-state scholarship money, which you know is key when competing against all the California schools for players.”

The freed-up funds helped Gonzalez land freshman goalkeeper Ashkan Khosravi (Dallas, Texas). Gonzalez said the only mistake Khosravi has made this season was during one of the first practices when he accidentally passed to a striker, beyond that it has been a dream start to Khosravi’s collegiate career.

“The team listens to him because he is an extremely high level goalkeeper,” the coach added. “We thought he was good when we recruited him, but you don’t really know until you see him in the games.”

The netminder with Iranian National Team experience has posted five shutouts in his first seven starts.

Gonzalez also recruited some very good local talent to this year’s class including former Chivas USA Academy defender Eric Gonzalez, who has been a starter from the first day at outside back.

“Getting them to meet the new athletics director and see how excited he is for our program [is part of the pitch to recruits],” Junior Gonzalez said. “It is nice for a recruit to say I am coming in to make a difference instead of continuing a tradition.”

The young coach also gave credit to his fellow coaches in the Big West for their success, which helped raise the national profile of all the programs in the conference.

When asked what his expectations are this season in the Big West, Gonzalez was careful not to overlook the upcoming stretch of games.

“We are taking it game-by-game. We have the tougher opponents in the next three matches (CSU Bakersfield, UC Santa Barbara, and Cal Poly).

“Our team’s expectation is to get to the conference tournament and make a run at the NCAA tournament. We have gotten results against all of the teams in the conference, now it is just about executing on the day.”

After making it to the NCAA Tournament four years in a row during his playing days, the return trip as a coach has remained elusive, yet he has not soured on his enthusiasm to get his program there.

“What I like about college soccer is that every year some team comes seemingly out of nowhere and makes a run in the NCAA Tournament,” Gonzalez said.

Perhaps that under-the-radar team will be UC Riverside in 2012.