Comments
Victor Munoz already had friends playing for Iona College and his transition from Spain was going to be a tough adjustment as it was, so he figured joining the Gaels was a natural fit.

A season later he felt differently. It’s nothing against Iona College, which has a good Metro Atlantic Athletic Conference program, but every program isn’t for everybody.

So Munoz, a talented international forward, is taking his talents to UCLA. The Bruins will get a product of Real Madrid’s Youth system who tallied five assists and was second in shots for Iona last season, his freshman year. 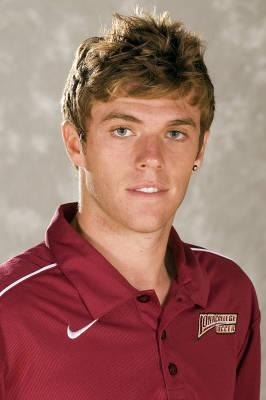 Victor Munoz
“I will be there in March for the spring quarter,” said Munoz, of his new home at UCLA. “I know that UCLA has a really good team and wants to achieve the goals and aspirations that I have. I’ve talked with the (UCLA) coaches and they want me to be there.”

Munoz isn’t the only name changing programs this year. While the country fixates on new recruits, it’s often the immediate impact of transfers that shifts the power of top teams.

As we follow the coming and going of players this offseason, here are a few early names who will be joining new men’s teams.

Patrick Huang is transferring from Virginia Tech to Louisville. Huang is a midfielder who scored two goals and three assists for the Hokies last season as a redshirt freshman.

Greg Cochrane is transferring from Virginia Tech to Louisville. Cochrane played valuable minutes in 2009 as a defender/midfielder. 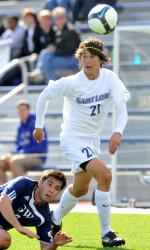 Benny Estes
Ata Ozbay is transferring from Wisconsin to San Diego State. Ozbay, a striker, played in 15 games as a true freshman in 2009 but saw his playing time cut considerably in his sophomore season.

Adam Meltz is transferring from UNLV to San Diego State. Meltz, a midfielder, was a freshman last season but did not log much playing time. Both Ozbay and Meltz will be trying prove themselves in the spring where they can potentially earn a fall roster spot.

Benny Estes is transferring from Saint Louis to Cal Poly. Estes is a junior forward who scored three goals for the Billikens last season.

Dakota Collins is transferring from UCLA to Cal Poly. Collins is a junior striker who wasn’t able to consistently crack the lineup with the Bruins.

Jordan Wolff has transferred from Saint Louis to Loyola Marymount. Wolff is a defender who joins the Lions as a junior.

Jake Brown has transferred from Saint Louis to Creighton. Brown is a midfielder/defender who joins the Bluejays as a junior.
Headlines
College Rankings HQ
View all rankings >>