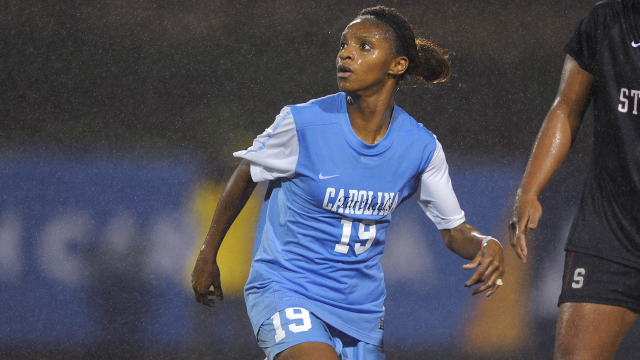 The second season of the National Women’s Soccer League is poised to begin this coming weekend. The Federation-supported competition will send quality players out on a weekly basis, once again trying to show it is amongst the best leagues in the world.

The nine teams announced official rosters on Monday, indicating who snagged roster spots and who came up short. To no surprise, the bulk of the talent on NWSL rosters are extracted from the Division I college ranks. Seeing that college soccer is the ultimate goal for most elite women’s players, it’s rare to see players bypass college for professional opportunities.

Here are some notes on the way things break down.

- A total of 180 players are listed on the nine teams, with 159 of them having gone through American college ranks. Only a couple of players didn’t use up all four years of their eligibility.

- The unsurprising leader in pros produced was North Carolina, with 19 former players dotting rosters, and represented on seven of the nine teams in the league. Tied for second were Penn State and Portland with ten players each.

-In all, a total of 55 colleges are represented on NWSL rosters, with just one not a Division I program (Southern Nazarene).

- The conference breakdown is similar: ACC leads the way (44), followed by the Pac-12 (33), Big Ten (26), WCC (20) and SEC (13). The addition of Maryland and Rutgers helps boosts the Big Ten’s numbers, even though they join the conference this summer.

The way certain alumni have gravitated towards particular teams is interesting. Six of the 17 college products on the Seattle Reign, for example, played soccer at Portland, while the Washington Spirit will boast five Tar Heels.

- With teams in the NWSL only allotted three internationals spots – though they can be traded – it’s not surprising to see a couple of teams with its full share of talent having been brought through the college ranks. Leading the pack with non-college players, and by virtue of that, most internationals, is the Western New York Flash.

Below is a list of each NWSL roster, as per the announcements on April 7, 2014. These will obviously be subject to change as players return from injury, return from overseas clubs, some finish school and other players are added in the coming days.