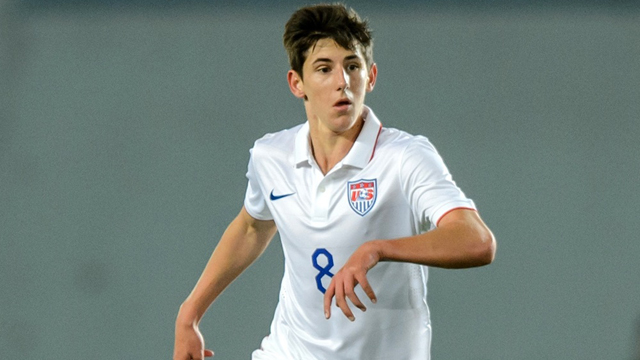 In many ways, the sting of the 2012 Olympic qualifying campaign still hasn’t receded. Just seconds away from qualifying for the semifinal round of CONCACAF qualifying, an El Salvador goal in the fifth minute of stoppage time tied the game at 3-3 and pushed the U.S. down to third in the group. That not only forced the U.S. to miss the 2012 Olympics, it meant the Americans didn’t even survive their group.

The 2016 Olympics looms large, primarily for that reason. Caleb Porter’s been replaced by Andreas Herzog, a recent hire with precious little time to craft a coherent side out of the block of granite he’s been given.

Herzog, though, was given an encouraging bit of news late last week when the U.S. was announced as hosts for a second consecutive Olympic qualifying cycle. From Oct. 1-13, eight CONCACAF teams will face off in a selection of U.S. cities to be announced later. While that should ease some of the qualifying pressure, it certainly didn’t help much in 2013.

With all that in mind, here’s a look at some things to keep in mind with the initial burst of the Olympics and this U23 side bearing down on us later this year.

The Olympics are positioned in between U20 World Cup years, which is a positive for the U23 coach picking his side. Particularly because it allows for a vital scouting opportunity before the U23 team dives into CONCACAF qualifying for Brazil 2016. In particular, U20 eligible players and likely U20 World Cup call-ins Zack Steffen, Ben Spencer, Matt Miazga and Emerson Hyndman have made recent appearances on U23 rosters. With strong showings in New Zealand, any of those players - and perhaps a few others - can expect to see themselves taken along for Olympic qualifying despite their younger age.