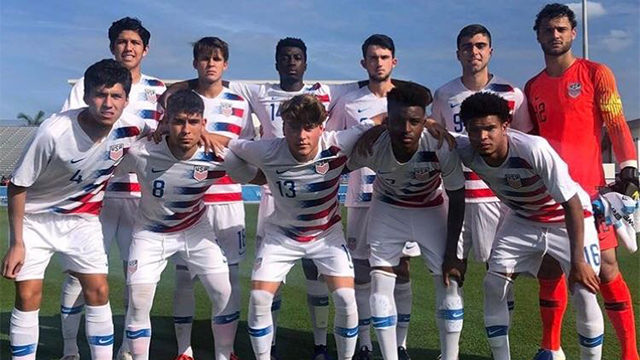 The United States Under-20 Men’s National Team wrapped up its first camp under new head coach Anthony Hudson over the weekend.

Capping off the time in Florida with a pair of friendlies on January 16 and 18 against Mexico, the United States emerged unbeaten. In the first matchup with El Tri, a brace from Cole Bassett and a strong second half from substitute goalkeeper Chituru Odunze helped the USA hold on for a 2-0 victory.

In the second game on Saturday, goals from Nathan Harriel and Ian Hoffmann secured a 2-2 draw for the United States.

Held in conjunction with the full U.S. men’s national team camp down in Florida, the Under-20s were able to also scrimmage against the full team.

Below are the starting lineups from the matches against Mexico.