Variety the spice of Brown's schedule 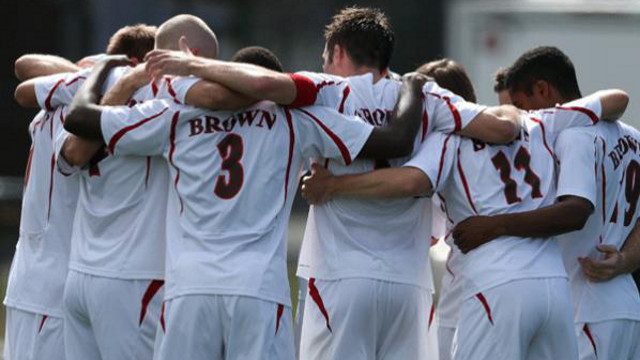 With no end-of-season tournament, each and every game in the Ivy League is a dogfight.

Regardless of that challenging grind, Brown has managed to jump off to a strong start in conference play, stringing together three Ivy wins from the first four games, the tie being the other result.

A lot of the credit for that start can go to the team’s challenging non-conference schedule put together that saw the Bears match up against teams from eight separate conferences.

That’s included wins over ranked foes like Boston College and Washington, providing the sort of test an Ivy League program can learn a lot from. 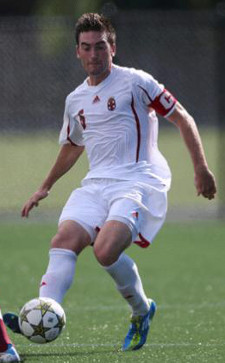 “We’ve been fortunate to be able to play against teams in the Big East, ACC and the Pac 12,” head coach Pat Laughlin told TopDrawerSoccer.com. “Those are three super strong conferences, so it’s been good for us and I think that’s helped as we moved along.”

The unbeaten start comes in a season that Brown entered after losing eight contributors from last year’s squad. Despite those losses, the recipe for success this year hasn’t too much from last year: a tight, suffocating defense, couple with enough scoring to put teams away. Through 14 games, the Bears have nine shutouts, conceding only seven goals so far this season.

Their latest shutout – a 2-0 win over previously unbeaten Cornell – was perhaps their most impressive one of the season.

“There’s a reason why they’ve scored so many goals,” Laughlin said of the Big Red. “They’re one of the best attacking teams in the country, they’re very dangerous. They may be the most dangerous team that we’ve played on the counter.”

That win, while leaving Brown in first place in the conference at the moment, isn’t getting to their head. Laughlin is well aware that there’s a long way to go in the Ivy race – and it won’t be easy.

“All of our [Ivy League] games have been difficult and they’ve been close,” he said. “The margin for success is very slim. And we could easily have a much different record than we do right now. I feel like the players know that, and understand that, they can understand and appreciate the challenge because you only have seven games.”

But getting to this point, answering the challenges of constructing a new identity, has come on the strength of some familiar faces. Senior center backs – and team co-captains – Eric Robertson and Ryan McDuff – have both been excellent, as the statistics and on the field play suggests. Senior left back Dylan Remick continues to display consistency that has earned him All Ivy honors in the post, while midfielder Tommy McNamara is the key to Brown in the final third, directing the offense and spraying passes all over the field.

While the team has previously answered the questions asked of them in the run up, three Ivy League games remain between them and a spot in the NCAA Tournament. Each presents a unique challenge.

“They’re all tricky in their own way,” Laughlin said. “Penn has been a tough place for Brown, it’s been a challenging place down there and they might not have a great record, but they’ve got a good amount of talent…Then we have Yale at home, that’s senior day, has a lot of meaning to it, emotion to it, and then Dartmouth on national TV on Fox Soccer. So I think they’re all critical and we’re really just trying to think about Penn as we go forward this week and concentrate on them.”

Those three games will make or break Brown’s season, as the previously mentioned absence of a conference tournament means a regular season championship is the only way to an automatic NCAA spot. But thanks to that challenging non-conference schedule, the Bears have a good enough RPI (ranked No. 20 prior to this weekend’s action) that an at large bid should be within reach, even with one or two slip ups down the stretch.

“Part of our responsibility as the coaching staff here is to prepare for possibilities,” Laughlin said. “When we put together our schedule, we looked at a schedule that would feature games and challenges that if we take care of our business, we may be in consideration for an at large bid, depending on our results.”

From the looks of it, the coaching staff did their part. Now it’s the question of whether or not an Ivy League title makes it a moot point.