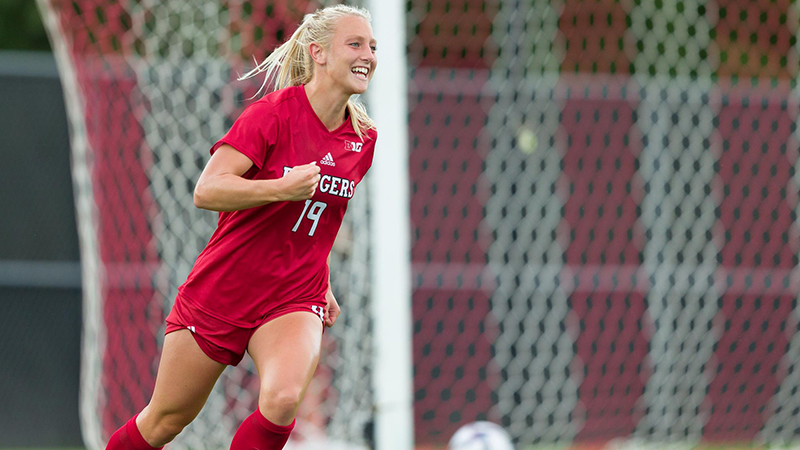 There are some good matchups this weekend in women’s Division I soccer. Don’t miss these five matches (all kickoff times listed EST).

A clash between two programs seeking to make inroads nationally, the Wolverines head south to the Bluegrass state. Despite coming up short by a 1-0 score against USC last week, Michigan’s experience and quality arguably make them favorites. The Cardinals need a bounce back result after losing on Sunday against Western Kentucky, and have shown the ability to get goals. Freshman Nina Nicosia’s enjoyed a strong start to her career with the ACC side, with two goals and two assists so far. Emma Hiscock leads the team with three goals, and certainly face an uphill battle in experience against Michigan. Nicolette Hernandez could have a dynamic night in front of goal, and Louisville does have Gabrielle Kouzelos to keep things close.

Two defensively stout sides square off, as the Scarlet Knights head south on Interstate 95 to battle it out in Washington. The Hoyas struggled a bit last week, drawing 1-1 against Dartmouth and Princeton. Another New Jersey side will be a bigger test, as the Scarlet Knights are off to a flying start. Frankie Tagliaferri has five goals and five assists, and keeping her locked down is crucial here. Giavanna Vicari’s going to be important for Georgetown’s hope of snapping a two game winless streak and picking up a big win against a Big Ten opponent.

The Bears hit the road, visiting South Bend with an opportunity to claim a win against a Power 5 opponent. It’s not going to be easy, of course; Notre Dame had been on a roll before falling on the road by a 3-2 score at Missouri. Getting Kalyssa Van Zanten going in the final third is one of the things to watch here, though Sammi Fisher and Olivia Wingate have both been carrying the offense. Freshman Korbin Albert’s been solid in her first five games in college soccer. Brown has the weapons to cause problems, whether it’s Brittany Raphino, Ava Seelenfreund or Miya Grant-Clavijo. Kayla Duran’s ability to create scoring chances will be important here for Brown’s shot at a huge win.

College soccer fans have a chance to watch two Top 20 teams battle it out on national TV. It’s the final non-conference game for Florida State, and arguably their most difficult to this date. The Tigers have already topped one ranked opponent at home, besting BYU by a 2-1 score earlier this year. Anna Haddock has four goals and two assists, and getting going against the stout defense of Florida State is the big question here. FSU’s ability to control possession and dictate the terms of a game in that way is where this could hinge. There’s enough in the final third, whether it’s Jody Brown, Kirsten Pavlisko, Clara Robbins or Beata Olsson, that the Seminoles are clear favorites. The SEC program will need a big performance, but they are capable.

No matter how much roster turnover they face, Shelly Smith always has her side prepared, organized and tough to beat. Jyllissa Harris continues to excel no matter the role asked of her, while Corinna Zullo and Eveleen Hahn pace the attack with three goals apiece. Catherine Barry hasn’t played since the first game of the season, when she subbed out in the first seven minutes. Bottling up Emily Gray, who has six goals in six games, is going to be a big focus for the Gamecock defense. Nicole Kozlova is emerging as a nice attacking foil, along with Victoria Powell. It should be a good meeting.