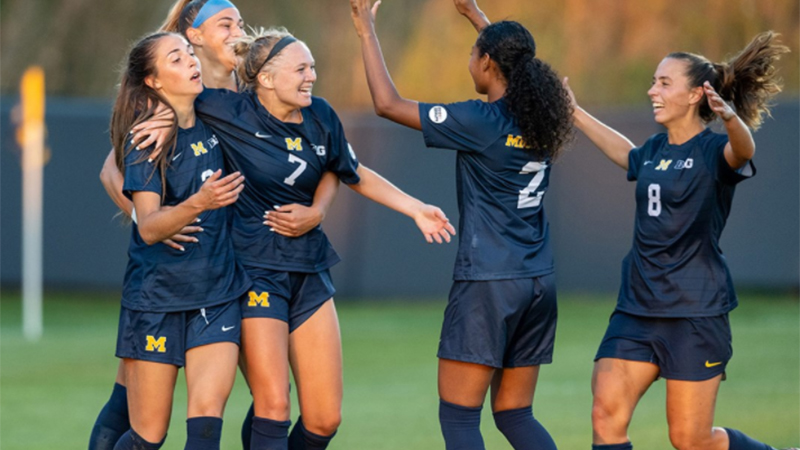 Conference play continues to gain momentum this weekend. Check out these five games to watch from Friday through Sunday (all kickoff times listed EST).

The pick of the Ivy League openers this weekend, Penn makes the trip up to Cambridge looking to secure the upset. A mix of returning players and the 2020 and 2021 recruiting classes have bolstered Harvard into a ranked team seeking to secure the automatic bid. Angela Caloia picked up where she left off as a freshman, topping the team with five goals. Jade Rose, Hannah Bebar, Josefine Hasbo and Ainsley Ahmadian have hit the ground running in their first season of college soccer. Penn is coming off to solid wins, beating Villanova and Rice ahead of the Ivy opener. Mia Shenk’s five goals in just 283 minutes tops the team, and they’ve been scoring at a clip of two goals per game.

After enjoying such an impressive non-conference schedule, LSU’s next goal has to be at competing for a high finish in the SEC. That took a hit in Thursday's loss at Ole Miss. Now, they get the chance to shine on national TV, with this one slotted for ESPNU. If Georgia can keep pace with LSU’s attack, they could have a shot at a big win. Tinaya Alexander and Alesia Garcia continue to lead the offense for LSU, and on the defensive side of things, the Tigers will need to shut down Molly Belisle. Senior Abby Boyan’s experience will be crucial to the chances of Georgia picking up the upset win on the road.

While Rutgers and Penn State generated a significant amount of attention in the Big Ten race before the season, both Wisconsin and Michigan will like their chances of making a run at it. And whichever side wins this matchup in Ann Arbor will come away feeling good about those three points. Michigan’s experience is hard to match, not to mention the quality leaders like Hillary Beall, Nicolette Hernandez and Sarah Stratigakis bring to the field. Wisconsin’s defensive record is impressive at this point, while Emma Jaskaniec and Natalie Viggiano have scored the big goals so far.

Another ACC clash is on the way, with the Tigers visiting Chapel Hill on Sunday. Clemson’s been as solid as usual this season, and a pair of eight-goal games has boosted their goal output to 30 in eight games. Megan Bornkamp continues to excel as a sophomore, while the team boasts the quality to make this a really difficult match for the Tar Heels. UNC is in the middle of a tough stretch that started with the 1-0 loss to Duke last week, and this one is no easier. Emily Murphy’s availability after missing the Duke game due to injury (she also was shown a red card by the ref from the bench) but is still a difficult proposition to break down. Maycee Bell has improved as the season progresses, while Claudia Dickey is tough to beat in goal. A close match decided by small margins wouldn’t be a huge shock.

Wrapping up the weekend of games to watch is a crucial Big East matchup. Xavier has shown the consistent ability to win close matches this far, scoring just 12 goals in eight games. All seven of their wins are by one-goal margins, as they have a strong record heading into conference play. Grace Bauer is a big reason the team’s ability to limit opposing scoring chances, and she’ll need to have a big game against Giavanna Vicari in order for Xavier to pick up the full points. Georgetown’s also undefeated at this point, although they’ve drawn half of those games against solid opposition. The Hoyas are also defensively solid, having brought in Sydney Cummings to play at the back alongside Kelly Ann Livingstone, anchoring a team that’s conceded just four times in eight games. A low-scoring, close matchup is all but certain.