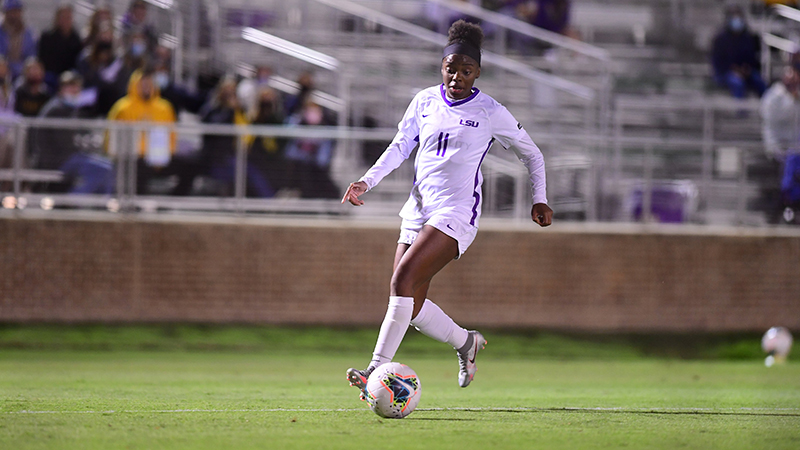 The women’s Division I season continues this week and into the weekend, with more intriguing non-conference action.

Check out the top games to watch from Friday through Sunday.

It’s a big game for USC, making a two-game swing to the Midwest, with this match followed up with a game against Western Michigan on Sunday. The Pac-12 side has faced a difficult schedule to open up the season, with losses against Pepperdine and on the road versus BYU. Another difficult road test awaits in Michigan, as the Wolverines have ample talent and experience to draw from. Michigan head coach Jennifer Klein was on staff at USC before being hired in her current role, likely a factor in this matchup. The usual suspects of Sarah Stratigakis, Nicolette Hernandez and Meredith Haakenson will look to keep the perfect season alive for the Big Ten side. Penelope Hocking has yet to feature in either preseason or regular season games, though USC still has attacking options, whether it’s Savannah DeMelo, Croix Bethune or Jennifer Westendorf.

The Panthers have a second shot at a win against a Top 25 ranked opponent in the Big 12, as Pitt’s breakout season under Randy Waldrum takes shape. Amanda West continues to show her quality as the focal point of the attack. Local freshmen Sarah Schupansky and Ellie Coffield have chipped in as well, albeit against opposition not at the level of TCU or obviously the ACC. But another win here against a TCU squad that outscored opponents 15-1 in the first three games, including a 2-1 win at home against Texas A&M, would be another impressive feat. Gracie Brian and Grace Collins are the two attacking players of note for the Horned Frogs, as they eye to defend last fall’s conference title.

Ivy League programs start a week later than the rest of Division I, though that has little impact on the season overall. Any big wins for programs against Top 10 opposition is big not just for that program, but the entire conference. Princeton has a shot at providing the RPI boost, although heading to Georgetown and coming away with a win is no easy task. The Hoyas are organized, can control games and through Giavanna Vicari, have a dynamic presence up front. Sydney Cummings offers a quality option at the back next to Kelly Ann Livingstone, meaning Princeton will need to dig deep to find the attacking quality to create chances. Madison Curry can help keep things locked down for the Tigers, but a massive performance is needed to get the result.

The second game of an East Coast trip against ACC foes in North Carolina takes Stanford to Chapel Hill. After cruising past a trio of California schools to open the season, Stanford has a big chance to make a statement in these games, particularly if they can get a result on Sunday. Naomi Girma’s return is a big boost, while the offense has shown signs of life against Big West and Mountain West opponents. Freshman Andrea Kitahata has slotted into the starting lineup, and looks like she should be an effective, impact player this year. Maya Doms has also shown signs of taking a step forward. Shutting down UNC on the second straight game against an ACC opponent, won’t be easy. Emily Murphy has brought instant offense from the 2021 recruiting class, as the England native two goals and two assists are most on the team. This match will be a good barometer of where these two programs are at this stage of the season.

The Tigers have already shown to be no fluke this fall, coming into this road trip on the back of two wins in Florida against South Florida and UCF. Tinaya Alexander leads the attack with five goals and two assists, while transfer Alesia Garcia’s form has been solid. This one has the potential to be a high-scoring affair, as the Sun Devils have 14 goals in the first four games of the season, behind Nicole Douglas and Olivia Nguyen. It will be interesting to see if fatigue and life on the road is a factor for LSU, as they traveled straight from Florida to Arizona.