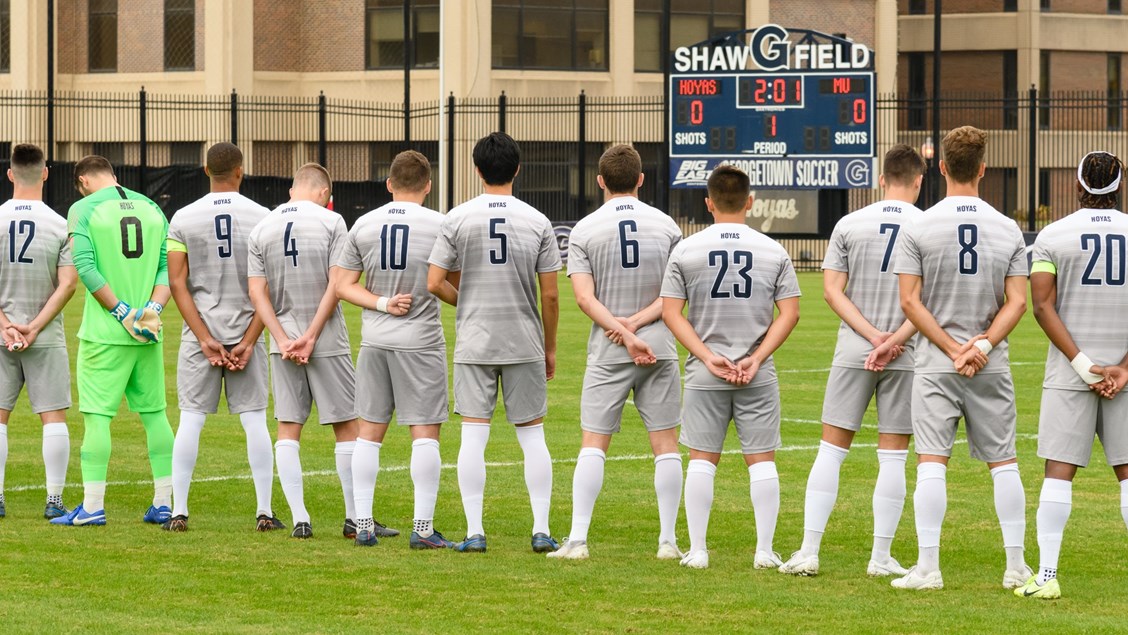 The men’s Division I season wraps this weekend, with Monday set for the tournament bracket announcement.

Preview four of the conference tournaments set to wrap up in the next few days.

It’s a 1 vs. 2 clash in the ACC tournament men’s championship games, as both Clemson and UVA eked out one-goal wins during midweek semifinal matches at their respective home turfs. Adding intrigue to this match, beyond just the trophy at stake, is the fact that the two teams didn’t play each other during the regular season. Adding to that luster is the nation’s top attack (Clemson) looking to solve the best defense in the country. Toss in the fact that Joe Bell is unexpected to play – he was called up and started for the New Zealand national team on Thursday against Ireland – and perhaps that tilts the table in favor of the Tigers. The three-headed monster of Grayson Barber, Kimarni Smith and Robbie Robinson is well documented, but it was freshman Mohamed Seye that tallied the winner this past Wednesday against Pitt. Expect to see a lower-scoring game than usual, as Virginia probes and looks to Daryl Dike to open up space against a Clemson defense that is good, but not quite as air-tight as Virginia’s. Regardless of who wins, both these teams should be top four seeds and College Cup favorites.

Arguably the matchup of the weekend, even lined up against the ACC, Big Ten and Big East, the regular season meeting between these two teams was an instant classic. A 3-3 draw between two of the best attacking teams in the country, and there should be plenty of fireworks on Saturday night in Orlando. There are several intriguing storylines, from the matchup of two senior strikers in Garrett McLaughlin and Cal Jennings, to each side’s willingness to throw numbers forward in search of goals. How each side approaches it will be fascinating. Whether it’s more conservative tactics at the start, or throwing caution to the wind and looking to score from the opening whistle.

The Hoyas head to the Hilltop ready to take on a red-hot Providence side, that has won six straight. Two of those wins came against St. John’s, who were neck-and-neck with Georgetown at the Big East summit all season. A top-four seed may already be secure for Georgetown, despite needing penalties to advance past a talented Butler team. Both teams are locked into an NCAA tournament spot, so the Friars’ won’t have any extra desperation. A tough, low-scoring battle seems the more likely outcome, with overtime or penalties a safe bet. If Georgetown can get an early goal from the likes of Derek Dodson, Achara or Jacob Montes, it would force Providence to open things up through either Danny Griffin or Davis Paul, who bagged the winning goal in the Big East semifinal at St. John’s.

The four Big Ten tournament semifinalists head to College Park with the finalists set to play two games in three days for the hardware. Both Friday matchups carry intrigue and entertainment. The Nittany Lions will like their chances just as well as the other three. Freshman Liam Butts has provided plenty of final-third quality down the stretch, and Aaron Molloy brings it every game. Shutting down Jack Hallahan, who dominated Maryland in a recent visit to Ludwig Field, is crucial, not to mention Big Ten Offensive Player of the Year Nebosja Popovic. Indiana returns to the scene of its worst defeat of the season, a 3-0 loss to the Terps. Since then, it’s been business as usual for the Hoosiers, spinning off five straight wins. The team’s depth continues to be impressive, as a strong freshman class led by Joshua Penn, Aidan Morris and Victor Bezerra have had little trouble adjusting to college soccer. Another first-year player, Roman Celetano, has taken over the starting role in goal. Maryland will need a repeat performance from that 3-0 win to come away with wins on Friday and Sunday to secure the Big Ten title. Home field advantage will be crucial.