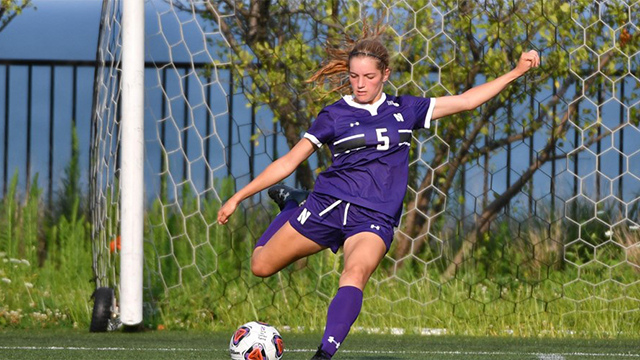 Two SEC sides with perfect records meet, with both seeking a chance to prove that their hot starts are no fluke or a byproduct of easy non-conference schedules. Mississippi State and Auburn are scoring at a high rate, with the former at 23 goals and the latter at 22. Something has to give, and the advantage is likely to go to the team that doesn’t have to make the trip for the matchup. Brianne Folds has started off the season as an unstoppable force in the Auburn attack, and can both score and create chances. To come away with the win, Mississippi State must slow her down.

The Tar Heels are back on the road after a tough road swing to California last weekend, escaping Hurricane Florence for a difficult test at Florida State. It’s as high stakes an ACC opener as one could hope for, with the potential for it to decide the ACC regular season title down the road. The Tar Heels, aside from last weekend, have been difficult to breakdown at the back. Julia Ashley’s stepped up as a senior and reinforced herself as a huge part of that defense. Alessia Russo has yet to score in four games since returning from the Under-20 World Cup, and she’ll need a massive performance to solve the Seminole defense that’s conceded just one goal all year. Going forward, if Deyna Castellanos gets on track, that boosts Florida State’s chances of evolving into a genuine national title contender, as she has just one goal in seven games.

Led by another stingy defense, something special is brewing again in Evanston. NU is on the road to open up Big Ten play Friday night, facing another side performing well through non-conference schedule. Heading into Friday, the Wildcats haven’t conceded a goal in than 611 minutes. Senior Brenna Lovera’s play so far has been one key in the final third, scoring two game winning goals in her haul of four. Along with Lovera, Marisa Viggiano, Kayla Sharples and Nikia Smith have all seen significant run for Northwestern so far. Getting the win on the road against Wisconsin won't be easy, of course. Alexandra Rice and Cameron Murtha are two important players in the final third that the Badgers will tab to try and break down the visitor's defense.

Plenty of intrigue swirls around the SEC’s opening weekend, and perhaps none more so than Sunday’s meeting in Knoxville. Despite losing a bevy of key talent, South Carolina is locked and loaded and proving capable of being near previous levels this season. Grace Fisk’s return from the Under-20 World Cup solidified the back line that’s given up just three goals in eight games. The offensive piece is still coming together, with freshmen Jyllissa Harris and Selma Sol Magnusdottir stepping into the void left by Savannah McCaskill, along with the experienced Elexa Bahr and Lauren Chang. Tennessee’s season is going to be interesting; Bunny Shaw is back from Concacaf qualifying, and how teams handle her in conference play is going to dictate Tennessee’s ceiling to an extent. However, the team’s laid a solid defensive foundation giving up one goal – against Wake Forest in a 1-1 draw – as Maya Neal continues to lead an impressive back line. Don’t expect a lot of goals in this one.

Just behind UNC-FSU as the game of the weekend, Stanford hosts their regional rivals with the Broncos shaping up to give them a significant chance. No official word is out about the nature of Tierna Davidson’s injury, though it doesn’t look good for the rest of the season. Even with the team’s ample depth, it’s still a blow, though the Cardinal can likely shuffle Naomi Girma, Alana Cook in the back and Samantha Hiatt into the midfield. Going forward is what will keep the Cardinal formidable, with Catarina Macario and Sophia Smith getting sharp and capable of giving the Pac-12 side a seemingly-impossible to stop forward line. The Broncos have plenty of weapons, of course. Maria Sanchez is improving and contributing, Kelsey Turnbow scoring goals and junior Madison Gonzalez making a dent with Julie Doyle working her way into the squad.