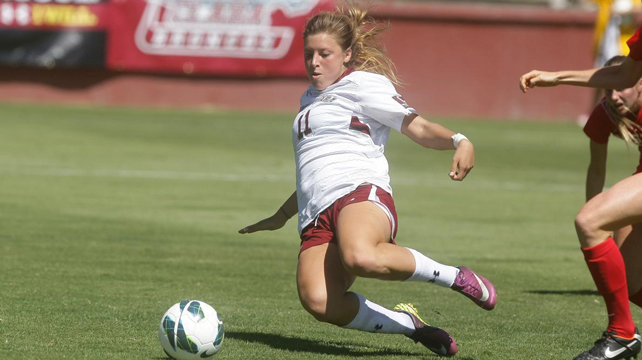 Heading into last season, Santa Clara was the heavy favorite to win the West Coast Conference (WCC). The Broncos garnered nine of the ten first place votes from the preseason coaches’ poll. After going 8-1 in the regular season, the Broncos fulfilled that prediction. 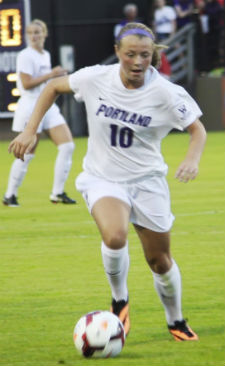 However, BYU and Portland both exceeded expectations and for the first time in WCC history, there were three champions in the conference. In 2014, all three programs have significant losses to deal with for this fall.

Conference player of the year Julie Johnston has moved onto her professional career. The same can be said for Amanda Frisbie, who was the defender of the year, and Erica Owens, the goalkeeper of the year, who is moving onto coaching.

There is still plenty of reason to be excited about the WCC this season. All three of the champs from last year have exciting young prospects heading through the ranks plus the growing pack of challengers are looking to stop any idea of a dynasty.

Replacing the incomparable Julie Johnston is the top priority for the Broncos this season. It will be a difficult task and something that the whole team will need to do to fill the void of her absence. Striker Sofia Huerta is the player to watch for 2014. The senior had 16 goals and eight assists last campaign in a 40-point outing. Santa Clara will rely heavily on her to repeat as WCC champions.

The Pilots have to replace star goalkeeper Erin Dees and defender Amanda Frisbie, who were both seniors last season. In net, newcomers Hanna de Haan and Taylor Luty will battle it out for the starting job. On the field, Portland has a young core of quality prospects in Danica Evans, Ariel Viera, and Allison Wetherington, all of whom have youth national team experience. If the youngsters shine, Pilots should be in the running for a league crown again in 2014.

BYU is another team in search of a solution at goalkeeper following the graduation of a star from last year’s team in Erica Owens. If the Cougars find consistency in goal, the rest of the squad looks capable to battle the best of the best in the WCC. An eight-player incoming class will help as well. Freshmen Bizzy Phillips and Rachel Bingham will be the players to watch.

If there is an obvious choice to usurp the trio of champs in 2014, it is Pepperdine. Senior forward Lynn Williams is one of two players from the WCC to make the MAC Hermann Trophy Watch List. Huerta from Santa Clara was the other. Williams in the offensive threat that can swing the balance of a conference and much of the waves success will come down to her. She is part of a seven-player senior class that should carry Pepperdine into the NCAA Tournament this fall.

San Diego is replacing its two All-WCC contributors from last season in Kelley McCloskey and Emily Dillon. The Toreros do benefit from the return of All-Freshman team member Jacqueline Altschuld. This is a very young squad with 18 freshmen and sophomores on the roster. Michelle Craft in goal should offer some stability, but it’s going to be a tough road in a top heavy WCC to make much noise with this youthful bunch.

Pacific scored 17 goals last season, which is not going to get the job done in the WCC. The Tigers also need to replace the two leading scorers from last season. The crux of the issue is generating more chances. An 11-player freshman class should help add some competition to the group.

Gonzaga returns its top two scorers from last season in Heather Johnson and Karley Baggerly, who combined for 12 goals in 2013. The Zags will need the potent duo to continute to flourish in Spokane to climb up the standings in the WCC.

Saint Mary’s returns nine starters from last year’s team. The experience should help the program looking to climb from the lower half of the table into the top half. Defender Casidee Lynch is the player to watch after leading the Gaels in minutes played in 2013.

The Dons return 10 starters from last year’s team, and brought in nine new players. There is going to be some fierce competition for playing time in San Francisco this fall. San Francisco needs to be more productive in front of goal in 2014 and needs another standout season from Madalyn Schiffel in goal.

While San Francisco and Saint Mary’s count on a strong returning group, LMU looks toward an influx of new blood to turn the program around. Head coach Michelle Myers will have 19 freshmen on the roster in the fall (plus two transfers). It might take some time to get the group settled but LMU could be a program to watch for the future.