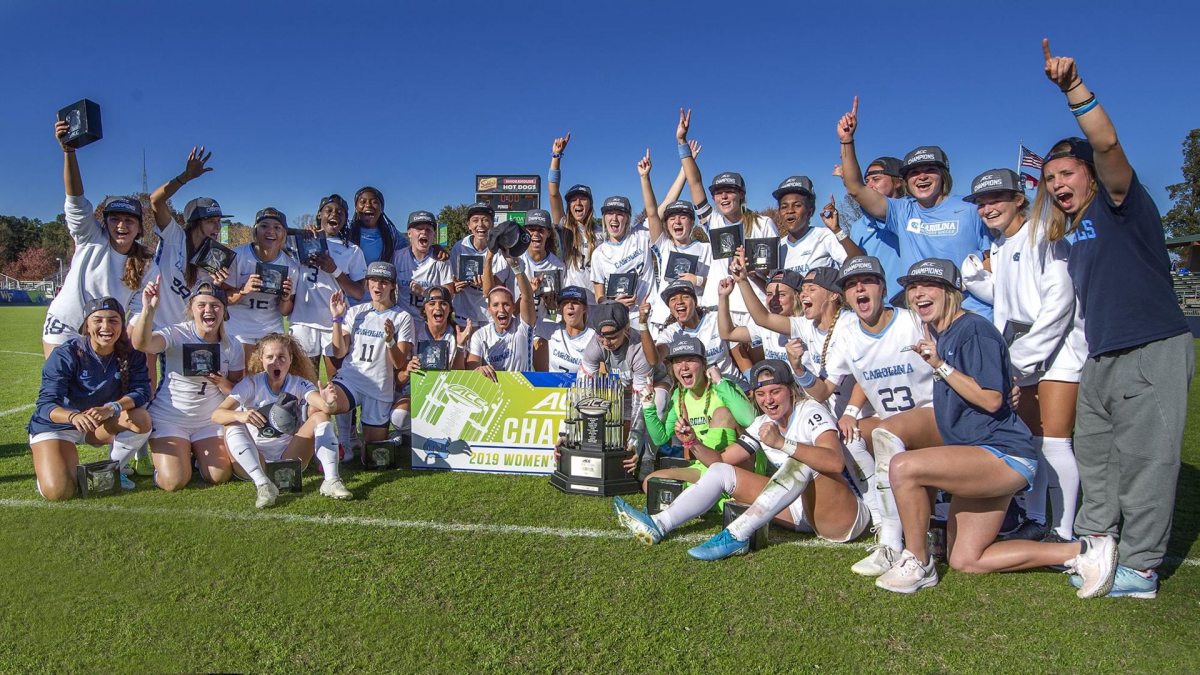 The ACC has managed to navigate through a shortened season, playing through the pandemic and now prepares to begin the women’s tournament this week.

Eight teams advanced to the quarterfinal field, as the teams will begin play on Tuesday, November 10 in Cary, N.C. All games will be available to watch on the ACC Network.

One of two teams to run the table in the ACC this year, FSU and Notre Dame will open the tournament down in Cary as the Seminoles look to take back the crown. When the two sides met earlier this year, the Seminoles had no problem, winning by a 5-0 score. Can they repeat that? They’ll be the favored sides for sure, with a deep team that’s been using Jenna Nighswonger, Yujize Zhao and Jody Brown off the bench. That’s without mentioning the way that Jaelin Howell can manage the game in the middle of the midfield. If Mattison Interian can have a big game in goal for the Irish, that could go a long way. Kalyssa Van Zanten leads the team with six goals, so if she can find a way past the FSU defense, the upset could be within reach.

Arguably the closest matchup of the quarterfinals, these two teams have also met during the regular season. Duke triumphed in that one, and this one is almost certain to be just as close. Both teams are going to be solid and look to play a big safe, so the question will come down to how the offense is clicking on the day. Sophie Jones can set the tone in midfield for the Blue Devils, and she’ll need to find Marykate McGuire in the final third. Clemson has shown a good attacking edge, with 16 goals from their nine games. Megan Bornakmp’s been one of the key goal scorers, joined by Caroline Conti and Mariana Speckmaier. Keep an eye on who starts in goal for the Tigers, as highly-regarded freshman Halle Mackiewicz played her second match last weekend in a 2-0 loss against Florida State. Hensley Hancuff’s been solid this year, but it’ll be notable depending on who is in goal.

After losing five of their first six games of the 2020 season, the Hokies put together a strong finish – albeit against weaker opponents – going 4-1 down the stretch. That early stretch included a 1-0 defeat against North Carolina, so looking to keep another close, tight game is going to be key. If the Hokies are able to keep a zero, assist leader Emily Gray is almost sure to have a hand in it, while freshman Tori Powell’s five goals are first on the team. Defensively, the Hokies have conceded 21 times, not a great sign against a UNC team that’s outscored opponents 20-3 this season. Rachel Jones and Brianna Pinto provide the scoring punch from midfield, while UNC’s rotation is sure to put the pressure on. Perhaps somewhat overlooked is Claudia Dickey, who has played every minute in goal for the Tar Heels and make them one of the favorites to win not just here, but the tournament itself.

All four of the quarterfinal matchups are repeat clashes, and in this one Virginia dominated the Cardinals at home. The Cavaliers outshot Louisville by a 2-0 score in that one, with Alexa Spaanstra getting both goals. This season, UVA’s been a bit top heavy, good going forward but able to break down at the back. Spaanstra, Rebecca Jarrett, Diana Ordonez and freshman Lia Godfrey can provide the attacking edge, giving Louisville plenty to think about. Emina Ekic is a quality player no doubt, though she can’t be relied upon to do this one all herself. She leads the team with six goals, and the next highest total is four of her teammates with one apiece. Expect to see the Cavaliers get numbers around Ekic and force another attacker to beat them.