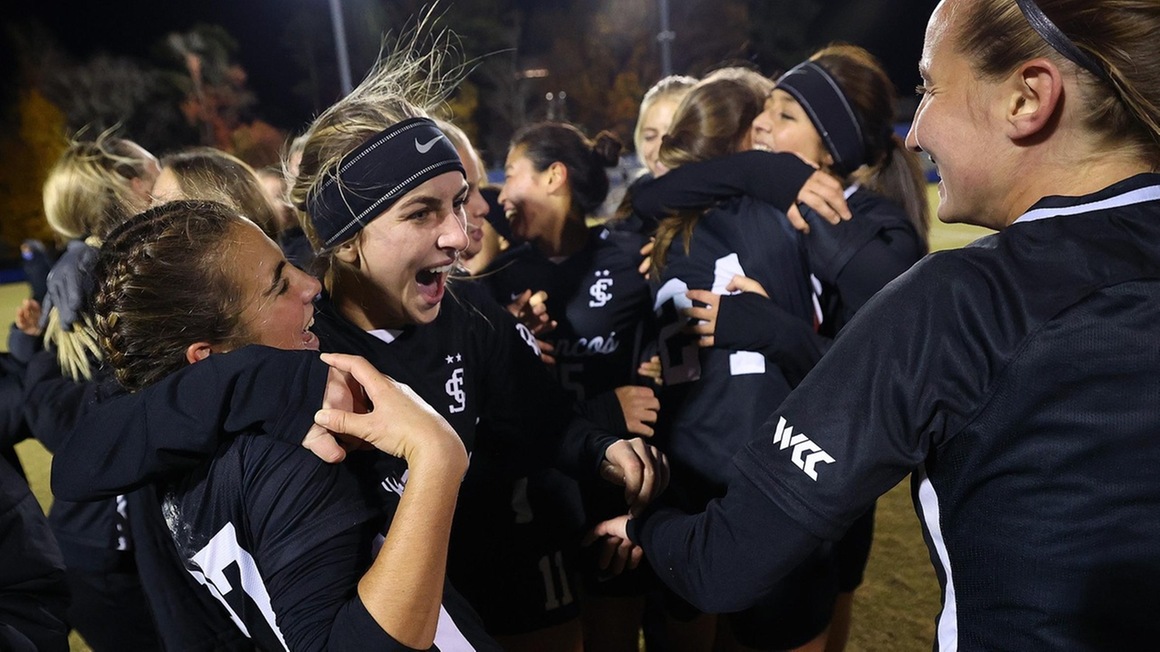 The Final Four teams are set to battle it out for a national championship in Santa Clara, California.

Preview each of Friday’s games below (all games on ESPNU, kickoff times listed EST).

After beating a Big Ten team in the quarterfinals, Florida State matches up with the regular season champs in the first semifinal of the weekend. This marks FSU’s eighth College Cup appearance in the last 11 years, and 12th overall. Head coach Mark Krikorian appears to have found the right combination and approach at the end of a strong season, as the Seminoles have outscored opponents by a 10-1 score. They’ve won the past two games by slim margins, flexing the defensive muscles of past FSU sides with Lauren Flynn and Emily Madril anchoring the back line. Offensively, Beata Olsson’s transfer from Florida has been a massive move, as she gets on the end of chances created by Yujie Zhao, Jenna Nighswonger and Jody Brown. Then of course, there’s Jaelin Howell, as the senior midfielder can stamp her authority on games and help FSU keep the tempo.

Rutgers will have their hands full trying to pull off the win here, but they come into this one well-positioned. They showed plenty of mettle in the past two rounds, advancing past TCU and Arkansas on penalty kicks. Frankie Tagliaferri is a crucial player here, as she’ll need to find space to operate and get the ball to Amirah Ali or freshman Riley Tiernan. Keeping things locked down defensively is crucial. Goalkeeper Meagan McClelland is going to have to make at least a big save or two, and freshman central defender Emily Mason is likely face plenty of challenges from the rotating door of Florida State forwards. If the back line can put out fires and make plays at the right time, the offense has the ability to put the ball in the back of the net.

The WCC rivals are set to clash for the second time this season, with Santa Clara getting the better of the two sides back on October 30. Santa Clara’s 1-0 win is the last time BYU failed to score, as the Cougars have now won six straight games. In the tournament, the offense has been riding high, scoring 15 goals in four games. Mikayla Colohan is looking to finish her college career on top, before potentially beginning her professional career (she was drafted by the Chicago Red Stars back in January). She has 5 goals and 2 assists in that stretch, and will look to fire the attack alongside Cameron Tucker, Brecken Mozingo, Bella Folino and Makaylie Moore.

It’s a huge opportunity this weekend for Santa Clara to win a second straight national title, and if they are to accomplish that, it’s going to take some of the same players that stepped up in the spring. Kelsey Turnbow and Isabella D’Aquila continue to create problems for opposing defenses, and the duo will need to be sharp if the BYU attack is sizzling. Santa Clara’s tactical approach is going to be fascinating as well, as they’ve deployed D’Aquila up front along side Turnbow, while also moving Turnbow out wide. Attacking BYU’s expected diamond formation with a quality attacker could be one way to approach it. On the defensive side of things, Alexis Loera has played well down the stretch, providing experience and quality in front of goalkeeper Kylie Foutch. In some ways, that pair could be even more important, looking to put a stop to the BYU offense. These two sides know each other extremely well, adding yet another intriguing layer to a great matchup.