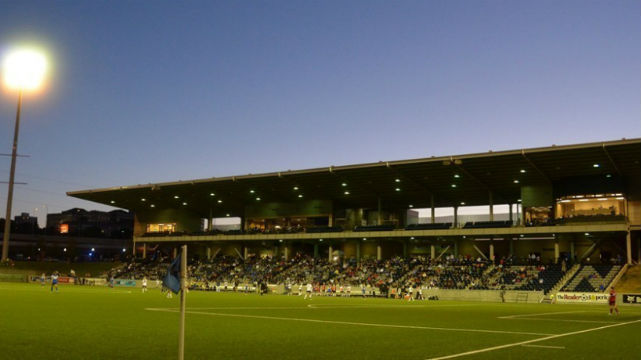 There’s potential for goals galore amongst the quartet of teams in the SEC conference tournament. Savannah Jordan is obviously the player to watch in Friday’s first game, as she looks to lead the Gators to an SEC tournament crown, while simultaneously chasing the DI national scoring lead. Auburn, which leaned heavily on its defense earlier in the season, boasts Brooke Ramsier and Casie Ramsier in the midfield, as it looks to keep pace with Florida’s attack.

The other side of the bracket could end up as a 5-4 matchup. Summer Clarke and Jorian Baucom power the LSU offense, while the Aggies rely on a slew of talented freshmen and sophomores. Emily Bates, Mikaela Harvey, Ally Watt and Haley Pounds are just a few of the players who can step up and find the back of the net for the Texas A&M. There’s certainly potential for the SEC to offer up the most entertainment of the weekend, if team's decide to really put the pedal down and really go for it.

All four teams in the ACC field are safe when it comes to an at large bid. The race for the top seed is certainly relevant, however. Virginia can make a play for a top seed in the tournament if it can at least progress to the championship game when it faces a stout and physical Clemson side. Makenzy Doniak is hitting her stride at the right time, scoring five goals in her past two games, while Emily Sonnett leads the back line. Clemson is no easy out, of course. Goalkeeper Kailen Sheridan was once again named First Team All ACC, and Catrina Atanda offers control of the midfield and a scoring threat from deep.

A rematch from an earlier season encounter, Florida State topped UNC on home turf back on October 11. Another close, low-scoring game is likeliest here given each team’s excellence at the front and back. Cheyna Williams and Meghan Connolly have produced game-changing moments on a regular basis for FSU, which enter this clash on a rare three-game winless streak (two draws and a loss). The Tar Heels have the weapons to match the Seminoles with Katie Bowen and Jessie Scarpa enjoying tremendous seasons and Anson Dorrance quick to utilize his bench. Don’t be surprised to see if overtime and penalty kicks are needed to decide this one.

The big story line to watch in Kansas this weekend is if anyone can edge out West Virginia as overwhelming favorites. The Mountaineers had their nervy moments in Wednesday’s quarterfinal matchup with Oklahoma State, and the Red Raiders are certainly capable. Janine Beckie is the kind of player who can punish any mistakes that WVU makes as it eyes another Big 12 championship and looks to state a case for a No. 1 seed in the tournament.

The other side of the Big 12 bracket is a pair of teams playing for their tournament lives. Anything than the automatic bid won’t get either Baylor or Kansas into the big dance. A solid freshmen crop (Julie James, Lauren Piercy) has been critical for the Bears this season, while Kansas’ Colombian star Liana Salazar remains a central figure in the team’s attack. With both teams playing for the tournament lives, expect this game to be tightly contested and frenetic from the opening whistle.

Another solid serving of college soccer takes places in Pennsylvania when the Big Ten’s final four locks horns in State College. The Rutgers season of dreams could easily extend to a triumph for the Scarlet Knights. Between a stout defense of goalkeeper Casey Murphy and the excellence of Erica Skorski and Brianne Reed in central defense, the Buckeyes will have their hands full in the opener. Nichelle Prince is the critical figure for Ohio State as it looks to avenge an earlier 2-0 loss in New Jersey during the regular season.

Home side Penn State certainly wear the favorite label entering the weekend, as both hosts of the tournament and the No. 1 seed. Head coach Erica Walsh has the formula for a national title push given the Nittany Lions’ combination of youth, talent and experience. Seniors like Raquel Rodriguez and Mallory Weber are battle-tested, while the youth and vigor of players like Emily Ogle, Kaleigh Riehl and Ellie Jean add huge talent to the team’s starting eleven. Michigan has a big test on its hands, as the Wolverines could use the win on Friday in order to push itself towards an at large bid. Ani Sarkisian and Taylor Timko have emerged as Michigan’s dangerous threats in the final third, while Christina Murillo offers valuable experience as they chase the upset.

For half the teams, a Big East tournament title is the only realistic route to the NCAA tournament. St. John's and Georgetown are relatively comfortable given their RPI heading into the trip to Omaha. Each will have their hands full with their respective semifinal clash. Buter(w)’s midfielder duo of Serina Kashimoto and Sophia Maccagnone are the keys to their hopes of springing an upset over Georgetown. The Hoyas have Big East Midfielder of the Year Rachel Corboz pulling the strings, with a quality supporting cast of Sarah Adams and Emma Newins at the back and Crystal Thomas and Taylor Pak in the attack.

Top seeded St. John's offers balance at both ends of the park thanks to a pair of English stars. Rachel Daly nabbed Big East Offensive Player of the Year honors and is third in the nation in goals scored with 19 tallies. Georgia Kearney-Perry, the league’s Defensive Player of the Year, anchors the defense while Diana Poulin provides strong cover in the final third. The Friars’ big piece has been Catherine Zimmerman all season long, while Rachel Ugolik and Casey Etsey providing the support.