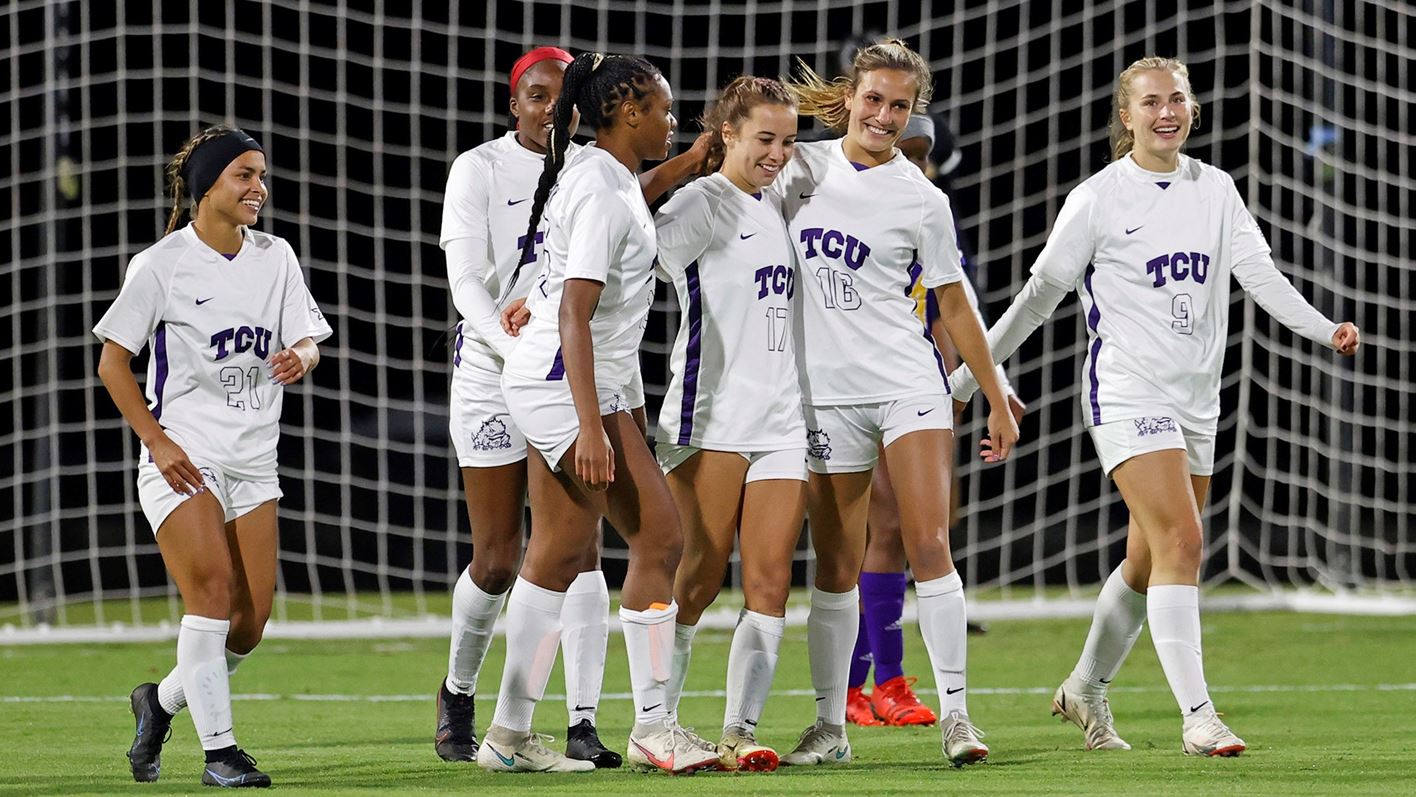 It’s the most challenging and most important time of the year of the women’s DI season.

The current field of 32 will be left with just eight programs alive after this weekend, with the quickfire second and third round games on the docket.

Preview the eight regional weekend slates, with TDS predictions for quarterfinalists from each corner of the country.

An exciting quartet of teams kicks the weekend off early on Thursday. The two seeded sides are obviously the ones to watch here, as BYU and UVA are two offensively loaded teams – but don’t forget Wisconsin-Milwaukee, which has scored 63 goals this season. First, the second-round matchups must be addressed. Alabama did well to sit in and thwart Clemson, grabbing a 1-0 win. It’s a massive challenge for the SEC side to try and shackle Mikayla Colohan and the rest of the BYU offense.

UVA certainly has the advantage being on home turf, but don’t count out the Horizon League leaders in the second matchup on Thursday. While their schedule isn’t quite at the level of Virginia’s the Horizon League champs have the horses to keep pace, if they can break down the UVA back line. Bottling up the offensive quartet of Alexa Spaanstra, Diana Ordonez, Haley Hopkins and Lia Godfrey won’t be easy.

Tallahassee is the site of this slate of matchups, with the ACC side Florida State the favorite as the No. 1 side. It hasn’t been quite smooth sailing for the Seminoles, despite winning the ACC tournament and looking good in the first round. SMU is no pushover, having slowed down a talented Texas team last weekend. Even if this edition of FSU isn’t quite as dominant defensively as past editions, it will still be difficult for SMU to come away with anything. Head coach Mark Krikorian knows how to navigate this stage of the season and Florida State should have enough to progress.

The opening matchup in Florida features a talented Pepperdine team looking to best a young and talented NC State squad. A trip to Florida last week yielded a 2-0 win for the ACC team, blanking a quality attack in South Florid. Doing the same against Tori Waldeck and Joelle Anderson is a tough ask. Jameese Joseph is a livewire attacking talent that has come up with big goals this season. Can she do it again?

A pair of quality matches are on the docket in Ann Arbor, with tough games for the seeded sides. SEC tournament champions Tennessee probably hold the slight offensive edge on the Cougars, but there is a defensive solidity and quality in goal in Nadia Cooper that could set the stage for Washington State to keep its season alive. If Jaida Thomas can get going against the Cougar back line, it could spell trouble.

On the other side of this one, it’s difficult to see how the youth of Wake Forest can best Michigan at home. The Wolverines are genuine College Cup contenders on their day, with depth, experience and quality. Nicolette Hernandez and Raleigh Loughman must be slowed down, while the Demon Deacons will turn to Shayla Smart and Sofia Rossi to get the attack going. Wake won’t be an easy team to best for the Big Ten squad.

This regional offers a massive chance for the ACC to reinforce their status as a top conference, represented in each second-round matchup. Purdue against Notre Dame is a clash between in-state rivals, with Notre Dame defeating the Big Ten side earlier this season. Freshman Korbin Albert has sparked to life, and she and Sammi Fisher will need to have a huge weekend to push the Irish through. Sarah Griffith is the key force in the Purdue attack after earning the Conference Forward of the Year nod. She’ll need support if Albert and Fisher fire.

The last time Arkansas took on ACC opposition, they came away with a pair of losses on a road trip to North Carolina and Duke. Facing Virginia Tech at home is a different proposition, though certainly a big test regardless. Anna Podojil and Parker Goins are incredibly effective at scoring and creating chances, and can give the Hokies problems. All eyes will be on Emily Gray for the Tech attack. If she’s able to set the table for Victoria Powell, or get goals herself, the Hokies will have hope.

If Princeton and Rutgers both advance to the third round, a rematch and clash between two New Jersey programs is a possibility. The Ivy League side has a big, big task trying to take down TCU first, as the Horned Frogs are playing some of their best soccer at this point in the season. Messiah Bright in particular is peaking at the right time, with seven goals in the past seven games, with two assists. Shackling that attack is the big task for Princeton, which has an advantage of not traveling very far for this one.

Host side Rutgers have been solid and steady this season, with several players that can do damage going forward along with a solid defense. Frankie Tagliaferri’s impressive regular season carrying over to the tournament is going to be crucial, while freshman Riley Tiernan’s ability to create is massive. Saint Louis has experienced a resurgent second half, buoyed in part by Hannah Friedrich’s strong finish. The Billikens have the talent to find a way to beat Rutgers if the performance is there.

One of St. John’s or Samford will make it to at least the third round, as the SoCon champs were one of three teams to upset a seeded side. Now, the mission is to stop Zsani Kajan, as the forward has 17 of the team’s 38 goals. Of course, the Red Storm can do damage from other players, as Ava Collins popped up to grab the winning goal last weekend against Brown. Samford have an array of players that pop up to score goals, whether it’s Mary Raymond, Alyssa Frazier or Taylor Yount.

An early goal will be critical for Duke, which face another difficult foe at home. Memphis’ back line has been solid all season, conceding just 10 goals in 20 games. Jocelyn Alonzo, Aubrey Miaster or Tanya Boychuk are the candidates to pop up and create, a task that will be equally challenging against a sturdy Duke defense. The Blue Devil attack doesn’t blow the doors off, but have been good enough in front of a defense that has conceded nine times this season. If Michelle Cooper gets one early, it will likely be a good day for Duke.

In a unique twist, the UCI vs. Wisconsin game will be shuffled out to Fairfax at George Mason, kicking off an hour before Santa Clara against Georgetown. The latter has the chance to be one of the best matchups of the round, between two recent College Cup squads (not to mention the spring champs). The Hoyas have the quality to find a way to beat Santa Clara, and it will be fascinating to see how this one plays out between the lines. Giavanna Vicari offers the Hoyas a punch up top, though Georgetown needs to be prudent and keep Isabella D’Aquila or Kelsey Turnbow quiet.

A Big West vs. Big Ten clash is a contrast of form. UC Irvine hasn’t conceded a goal since October 24, and has seven wins in a row. Before last weekend’s 1-0 win against Butler, Wisconsin was winless in four straight, including a Big Ten quarterfinal loss against Rutgers. The Badgers don’t score a lot, but if Emma Jaskaniec can find a way past Glo Hinojosa, that could give Wisconsin the advantage needed. Scarlett Camberos leads the offense for Irvine, and can provide a huge lift with an early goal.

Action in this one will take place at USC, as two national champions from the past decade square off. The hosts certainly have the advantage, playing at home and featuring a quality attack led by Penelope Hocking. Penn State can’t be taken lightly, however, as Sam Coffey and the Nittany Lion offense have gone to California and scored in bunches before. A big part of the Big Ten side’s struggles this season came due to injuries, and now they are healthy. If Coffey and Ally Schlegel can keep up with Croix Bethune, Hocking and Simone Jackson, a close, high-scoring affair is possible.

The opening act is going to be an intriguing clash as well. Hofstra’s high-flying offense goes up against a South Carolina team that can be stingy against the best offenses in the nation – even if the Gamecocks aren’t the same at the back as in previous seasons. The onus is likely to be on Hofstra attackers like Miri Taylor or Lucy Porter to get things going against goalkeeper Megan Hinz. Catherine Barry was strong down the stretch during the regular season with three goals in the past four games. If she’s locked in, the Hofstra back line could be in for a long afternoon.