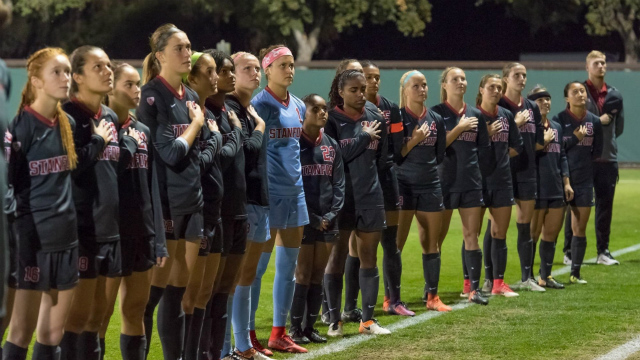 The women’s Division I NCAA Tournament is entering its final stretch, with the quarterfinals set to take place in the aftermath of Thanksgiving.

Below is a preview and prediction for all four games.

There’s no doubt that the bracket has broken kindly for Duke. The Blue Devils mowed through the second and third round of the tournament, out-scoring Big 12 opponents by a 10-0 score last weekend. Duke definitely deserves to be here, obviously, and now lines up against Baylor seeking a second College Cup appearance in three seasons. And given the fact that they host and boast a multi-faceted attack, Duke is the overwhelming favorite here. Imani Dorsey provides dynamic on the flanks, Kayla McCoy is the hard-working finisher that leads the line, while Ella Stevens and Taylor Racioppi the more graceful midfielders picking out the passes. Then, of course, Canadian international Rebecca Quinn’s talent can’t be overlooked, as she connects things from in front of the back four.

If the Bears are to come away with a result in Durham, a low-scoring match would slightly favor them. Baylor’s defense has done enough at the critical stretch of the season, though the Big 12 side was in the goals in the second and third round. Aline De Lima’s emergence this year has been big, while Lauren Piercy’s ability to make things happen from the bench proved critical in the third-round win against Notre Dame. A huge day is needed from freshman goalkeeper Jennifer Wandt, who has excelled after stepping into a starting role this year.

At this stage of the season, it’s fair to wonder if anyone can come close to stopping Stanford. The Cardinal’s high-powered attack and stingy defense has the look of a champion, though it’s too soon to anoint them. Freshman Catarina Macario’s dominance this season was one of many keys, as she’s turned into the game-changing scorer that Stanford lacked in 2016. Macario is one of just many talented attackers, with Kyra Carusa, Civanna Kulhmann and Jordan DiBiasi plenty capable, and of course Andi Sullivan holding down the middle. There are weaknesses that Penn State can look to exploit. Injuries at the back have shifted things around, with Tierna Davidson playing in central defense, and left-sided defenders Tegan McGrady and Michelle Xiao carrying knocks. If neither is available in this one, it could be something that the Nittany Lions can exploit.

After a somewhat disappointing regular season campaign, Penn State’s finding form at the right time – even if they’d rather face just about any other side for a College Cup spot. Winners of five straight, the spine is there to slow down Stanford, whether it’s the defensive partnership of Elizabeth Ball and Kaleigh Riehl, or Emily Ogle winning the midfield battle against Sullivan. Even if the game is close, the critical factor for Penn State is scoring. Frannie Crouse hasn’t had the kind of season that will strike fear in the heart of the Cardinal, although German attackers Laura Freigang and Alina Ortega Jurado have scored big goals over the past couple weeks from wide spaces.

The SEC is guaranteed a spot in the College Cup, as conference rivals South Carolina host the Gators. If the Gamecocks win, it’ll mark the program’s first-ever national semifinal appearance, while Florida seeks a first appearance since 2001. The two sides met in Gainesville earlier this season, with South Carolina edging that encounter by a 1-0 score. That’s been the formula for the SEC champs this season, as eight of their 18 wins came by that score line. It leaves little margin for error, although the team’s defense is good enough that a shutout is usually within reach (they’ve conceded just nine goals all season). Savannah McCaskill shoulders a lot of the scoring or creating burden, though Elexa Bahr has also helped in that category.

Florida has also mastered the art of the narrow victory, winning its past two games at home by 1-0. Deanne Rose eased the nerves with a winner in the second overtime against Washington State, and the Canadian freshman has been huge. Five of her nine goals were winners, while senior defender/midfielder Gabby Seiler will need to be everywhere as usual to give the Gators a chance. Whatever the outcome, Florida has to take its chances when presented in order for them to have a shot at making the College Cup.

Thanks to Princeton’s upset win on Sunday against North Carolina, UCLA now gets to spend Thanksgiving at home preparing for the final quarterfinal match of the weekend. A two-player combination emerged to drive the Bruins to victory, as Ashley Sanchez setup Anika Rodriguez for the game winning goals in both the second and third round. That pair, along with Jessie Fleming is going to drive the team going forward, though junior Hailie Mace still leads the team with 13 goals. UCLA’s defense is something of a weak spot, particularly on set pieces. Provided they remain disciplined, they have the goals in them to clinch a spot in the College Cup.

Coming off back-to-back wins against ACC opposition, Princeton’s going to make the trip to California with the belief that they can clinch a spot in the College Cup. The Tigers have impressed on both sides of the ball, scoring 43 goals while conceding just eight. Mimi Asom has the athleticism and ability to create problems for UCLA, creating space for teammates like Abby Givens, who scored the winning goal against UNC. One thing is for sure: the Ivy League champs are no pushovers and should be able to give UCLA a tough game.