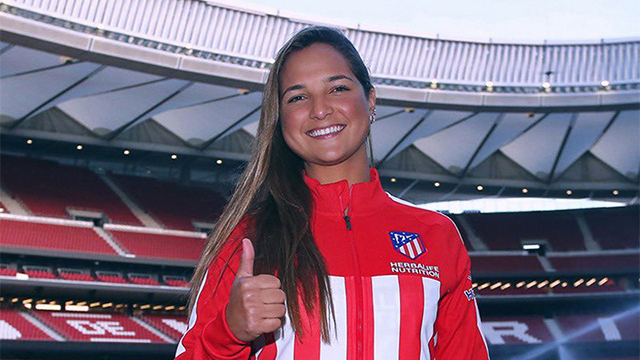 The women’s college soccer offseason is in full swing, and for seniors that wrapped up their final year of eligibility, the time to make a decision about professional opportunities is here.

For a handful of players, they aren’t waiting around for the 2020 NWSL Draft, and have already opted to sign overseas. Below are some of the players that have already signed with pro clubs abroad.

Please send any omissions to editor@topdrawersoccer.com.

West Ham are delighted to announce the signing of defender @grace_fisk98! #WelcomeGracehttps://t.co/72zzbHAY3u

Welcome back to the Blues, Sandy! #COYB 🔵https://t.co/X8sx1fTAmL

✍️⚽️🇫🇷 BREAKING: Upper V Athlete and record-setting @SMUSoccerW striker @A_Thornton123 will head overseas after inking a deal with French club @hacfem. Congrats Allie - the @uppervathletes family wishes you the best of luck as you embark on your pro career! #HAC #TeamHAC pic.twitter.com/mF8mRWMVaT

Add another #VFL to the professional ranks!@MAVignola has signed a contract with @throtturrvk in Reykjavík, Iceland 🍊🇮🇸

Big congratulations to one of our captains Ellie Jean on signing a professional contract with FC Nordsjælland in Denmark! #WeAre #BuiltForGlory pic.twitter.com/dahJWht73x

Canes fans, we have a new team to root for in professional soccer, as Kristina Fisher signs with Sporting Club De Huelva!!

The #Hokies🦃⚽️ @jaylynthomp has signed a professional contract with a Spanish club team and will play this spring for @ZaragozaCFF.

Make it 7️⃣ VFLs in the professional ranks overseas!

Michelle @alozieee has signed with BIIK Kazygurt, which most recently competed in the @UWCL Round of 16.

Rylee Foster is heading to @LiverpoolFCW ‼Congratulations @_ryleefoster, we can't wait to follow your journey as a pro👏#HailWV | #YNWA

Congrats to Vivi on signing a pro contract with Napoli Femminile in Italy! #UConnBredhttps://t.co/yDD5u4K2se