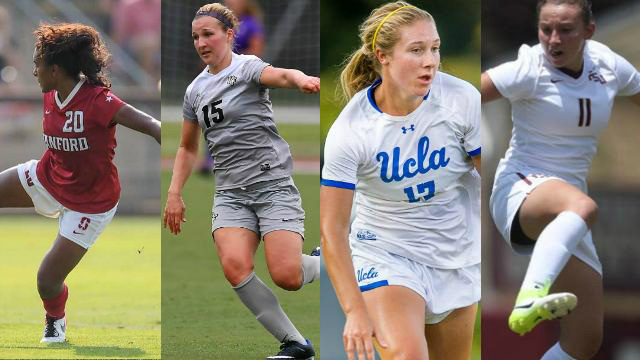 The first couple of months of the women's Division I college season has unearthed a number of promising young players.

Some are surprising, while others come highly touted heading into the college game.

With the midseason update, no freshman played has matched the impact of Stanford striker Catarina Macario. Through 12 games, Macario leads the high-powered Cardinal attack with nine goals, while chipping in six assists. The dynamic striker started off the season in emphatic fashion, scoring a goal in the first seven games of the season.

The Pac-12 in particular stands out in the Top 100. Of the Top 10 players in the rankings, seven hail from the conference. That includes UCLA's Ashley Sanchez, Delanie Sheehan and Karina Rodriguez, California's Emily Smith and USC midfielder Savannah DeMelo.

Check out the full Freshman Top 100 Players to Watch list.