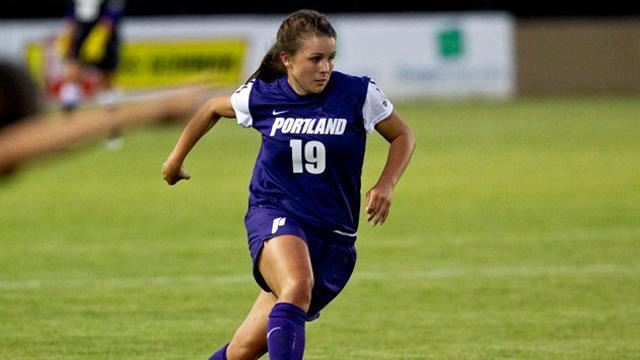 Only a couple of weeks remain in the women’s soccer season, as teams tussle for conference tournament spots, NCAA Tournament resume boosters and to finish the season on a high note.

Plenty of time remains between now and the College Cup in North Carolina, as teams fight toward the regular season finale. 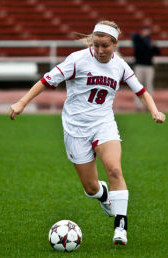 Another weekend, another pivotal SEC match for Mississippi. The formula is familiar: look to Mandy McCalla and Rafaelle Souza to provide the theatrics in front of goal. A trip to College Station isn’t going to be easy, as the Aggies formidable defense led by Rachel Lenz and Meghan Straight are going to be difficult for Souza & co. to breakdown. The Aggies enter this game winners of seven straight, and have plenty firepower of their own in Shea Groom, Liz Keester and Kelley Monogue to put Ole Miss under pressure.

A pivotal matchup in the West Coast Conference sees the Pilots welcome BYU to the Rose City. Winners of nine straight, Portland is one of the hottest teams in the country and will look to maintain its perfect record in the WCC, keeping pace with Santa Clara. The experience and talent of Micaela Capelle and Amanda Frisbie have played a huge role during that run, along with Ellen Parker, Emily Sippel, Allison Wetherington and Danica Evans. The Cougars aren’t quite firing at the same heights as previous years, but are more than capable of pulling off the upset behind talents like Cloee Colohan and goalkeeper Erica Owens.

It’s another massive ACC test for the Cavaliers with the visit of the Seminoles on Sunday. Midfielder general Morgan Brian will be back for UVA after missing last week’s clash with UNC, and she’ll have her hands full trying to break down a determined Florida State defense. Anchored by center backs Kassey Kallman and Kristin Grubka, along with goalkeeper Kelsie Wys, there are reasons to believe that FSU could be the first to at least get a point off the Cavaliers. But they’ll need to lock down not only Brian, but also attackers Brittany Ratcliffe, Danielle Colaprico and Makenzy Doniak.

A game that defines the Big 10 regular season title race? Perhaps. Nebraska currently sits on top of the conference thanks to its 7-1-0 record, while the Nittany Lions suffered a two-game blip and are three points behind with a 6-2-0 mark. Michigan is also thick in the title race, and could stand to benefit the most of this matchup. Penn State looks to be back to its best, as Raquel Rodriguez Cedeno is coming off a standout performance on Sunday and will look to continue to fire the attack along with senior star Maya Hayes. Keeping it tight at the back is the key for the Nittany Lions, who score plenty but also give up their fair share. Nebraska’s Jaycie Johnson, Jordan Jackson and Mayme Conroy represent the main threats for the Huskers.

Since joining the Big 12, West Virginia hasn’t lost a conference game in the regular season. The only blemish is a 1-1 draw with Baylor in 2012. That mark gets one final test this weekend, with trips to Oklahoma and Texas Tech wrapping up the regular season. Frances Silva and Kate Schwindel lead the Mountaineers up front, while freshman standout Kadeisha Buchanan anchors the back line. The Red Raiders last loss came on September 1, and they bring a 12-game unbeaten run into this game – provided they win against Kansas two days before. Forward Janine Beckie has combined well with Alli Murphy so far this season, and will look to keep that going.

Stanford’s dominance of the Pac-12 could be at an end this season, as UCLA aims to remain in control of the conference race. Currently at 5-0-1, the Bruins hit the road this weekend for games at Utah and Colorado. Two more wins won’t clinch anything, but would be a massive step toward a regular season crown.