On Thursday night, numerous conferences wrap up their regular season, with conference tournaments starting on Sunday in various corners of the country. The ACC and MAAC count themselves amongst those starting the knockout tournaments. 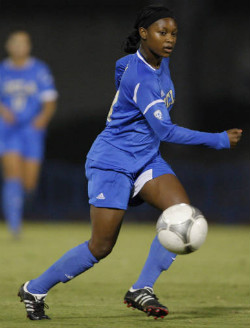 However, other conferences have yet to see teams clinch a regular season title. That will change over the next few days of action. Here’s a look at five races to watch:

Penn State’s 15-year stranglehold on conference regular season honors is over. The question now remains, who takes up the mantle this year? It’s going to come down to either Nebraska or Michigan. The Huskers are currently in first on 27 points, with the Wolverines two points behind heading into the decisive weekend.

With a Friday night game at home, Nebraska meets Indiana needing a win to clinch an outright title. A draw could open the door for Michigan to snatch a share of the title with a win on Saturday against Ohio State, which pay a visit to Ann Arbor as the regular season wraps. The Buckeyes are going to be out to spoil the party and solidify their NCAA tournament hopes with the upset.

Opportunity knocks for Harvard to clinch the Ivy League title and an NCAA Tournament spot on Senior Day against Dartmouth, with the Crimson currently holding a five point lead in the league over Penn and Brown. With the latter two squaring off this weekend as well, a point would be enough to at least clinch a share of the Ivy crown, while the full points for Harvard punches a ticket to the postseason.

Holding the inside track on the Pac-12 title is UCLA, sitting five points ahead of second-place Stanford. With three games remaining for both teams, the Bruins need a minimum of four points from the nine left on the table, provided Stanford wins out – with all three games coming on home turn in Los Angeles. This weekend, Oregon State and Oregon pay a visit, meaning the Bruins can claim conference honors on Sunday.

Stanford must find a way to come away with six points from a swing up to the Pacific Northwest in order to maintain pace, with visits to Washington on Thursday and Washington State on Sunday.

A search for a 13th straight regular season conference title follows Florida(w) to its Thursday night match on the road against Georgia. With a win, the Gators would at least clinch a share of the title, as the currently are tied at the top with Texas A&M.

The Aggies welcome a plucky LSU side to College Station on Halloween night, kicking off an hour and a half after the Gators and Bulldogs start proceedings.

At the moment, the West Coast Conference is a three-horse race: Santa Clara (5-0-0) holding the edge with a game in hand over Portland (5-1-0) and BYU. While Pepperdine (4-2-0) remains on the outside looking in, Santa Clara faces the prospect of games against Loyola Marymount and the Waves this weekend.

In the meantime, Portland pays a visit to St. Mary's (CA), and BYU will look to keep the pressure on the other two when it welcomes San Diego to Provo.