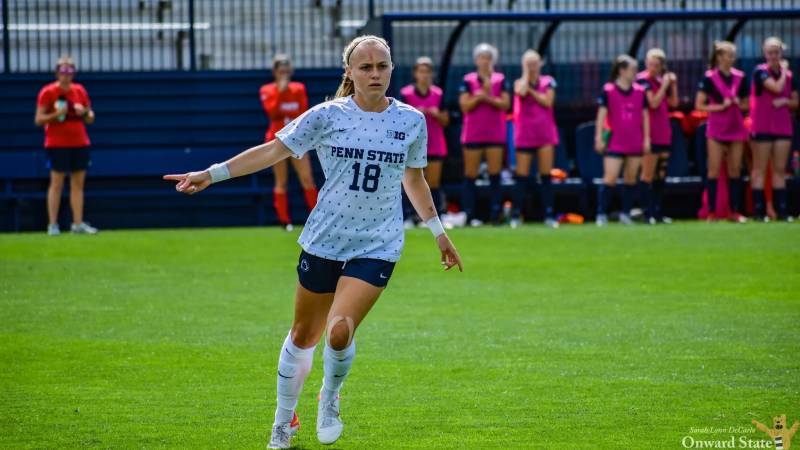 In the 87th minute of Stanford’s(w) matchup with Santa Clara — and the Cardinal trailing 2-1 — Jasmine Aikey clanged a free kick off the crossbar. It was a near miss and one suggested that it would perhaps not be Stanford’s day. But two minutes later, she had another chance. And this time, Aikey converted, whipping a free kick over the ball and into the bottom corner — salvaging a tie after her team trailed 2-0.

The goal could prove to be a vital one in Stanford’s season. Nonconference results tend to be vital, especially with Pac 12 play full of tricky teams. The Cardinal will face one of them Friday afternoon, in an engrossing match against USC.

It’s not the only game of interest this week. Here’s a look at the five to watch.

Has the fast start for Alabama been a fluke? The Crimson Tide certainly don’t think so, and the quality of their wins back up their assertions. Coach Wes Hart’s side has already taken down South Carolina, BYU and Clemson. But Tennessee proposes a different challenge. The Vols started poorly, but haven’t lost since August 25. They’ve found form in front of goal, too, outscoring opponents, 24-1, since then. Alabama has won the last two matchups between the sides, and appears to be the favorite. Still, Tennessee will surely fancy its chances, especially with home field advantage.

Big Ten coaches couldn’t agree on a conference favorite this season, the voting split between these two sides. And in the early goings, it appears that Rutgers might have been a more shrewd pick. The Scarlet Knights are undefeated and brushed aside Ohio State in their Big Ten opener. Penn State is 5-1-2, albeit with a tougher schedule. It began big play with a frustrating tie against a defensive Indiana side — settling for a 0-0 despite tallying eight shots on target. The Nittany Lions are littered with talent, though, and with All-American Penelope Hocking on the pitch, will always have a shot at winning.

TCU is a hard team to figure out. It started the season in impressive fashion, going 3-0-1 across its first four contests, highlighted by a 7-0 dismantling of Santa Clara. Since then, though, things have been trickier. Losses to USC and Duke — as well as a tie against Harvard — have marred an otherwise promising season. Texas faces a similar predicament — an otherwise smooth season blemished with a few disappointing results. This contest should be high scoring. Texas’ Trinity Byars has scored eight goals, while TCU’s Messiah Bright has seven to her name. Expect an intense contest in a matchup that has historically delivered on entertainment value.

USC endured a tricky opening to the season, losing their first two games while failing to score. Things have since picked up, with a signature win over TCU highlighting the Trojans’ improvement. Attacking midfielder Croix Bethune has found form, averaging over a goal contribution per game. When she’s on the ball, the Trojans are tough to beat. Stanford, meanwhile, is coming off a resilient performance against Santa Clara where it rescued a point on an 89th minute free kick. Getting another late result might not be as easy — especially against a USC side that can be so clinical going forward.

Is Pitt for real? The Panthers have certainly enjoyed a strong start to the season, winning eight of their first nine. They opened ACC play in promising fashion, too, with a 4-1 win at Virginia Tech starting the campaign. Pitt averages over three goals per game and has only conceded seven. Notre Dame has been similarly successful, picking up wins against Purdue, Wisconsin and Illinois. An ACC opening loss to Clemson soured their start, but the Irish should still be in contention for an NCAA tournament spot.