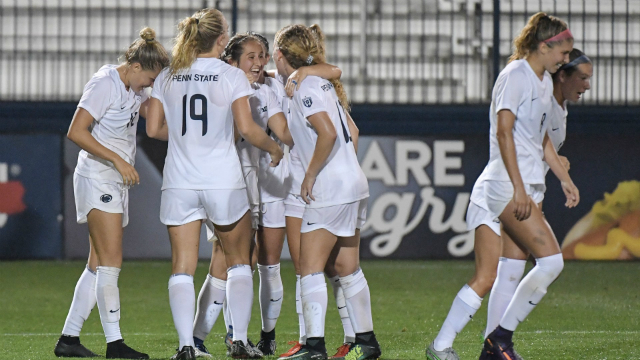 The women’s Division I season continues to build momentum.

These five are worth tracking on Saturday and Sunday.

The premier match of the season thus far, the Bruins make the cross-country trip to square off with the Nittany Lions at Jeffrey Field. Neither side has lost, though it’s been just three games and a varied level of opponents. Hailie Mace, Jessie Fleming and Ashley Sanchez are the attacking trio that the Penn State back line must contend with. The Big Ten side does have the defensive pieces, whether it’s Kaleigh Riehl, Maddie Nolf or Emily Ogle shielding the back four. Figuring things out going forward are key for Penn State to come away with the win here.

After a Friday night match home against Ohio State, Florida hits the road to visit Stillwater. The Gators are looking good, albeit through two games. Deanne Rose continues to look the part in her sophomore season, while freshman Cassidy Lindley brought a massive spark to the team in the first two games of the season. Sunday’s match is the biggest test the Sooners face yet this season. Kim Rodriguez and Elena Brynjarsdóttir were on the score sheet in their first game, and the pair are two of the more critical players to keep an eye on.

The Indiana matchup sees the ACC side makes the trip to Indianapolis, with a big opportunity to test both sides. Notre Dame has opened the season well, albeit going up against lower tier opposition. Butler, which possessed a suffocation defense a year ago, presents a stiff test for the Fighting Irish. Freshman Anja Savich has buoyed the Bulldogs with three goals from the first two games. Jennifer Westendorf has a goal and an assist so far for Notre Dame, while Sabrina Flores has notched a goal and setup two more.

Despite going through the early part of the season without Grace Fisk – playing at the U20 World Cup with England – the Gamecocks are off to a strong start. The SEC side has put together three shutouts at the start of the season, and this trip to Raleigh will put that to a big test. Tziarra King, the junior forward looks poised to pick up where she left off with two goals and two assists in the first three games. While the Gamecocks are still figuring out their attack, and Lauren Chang’s been one of the players to step up so far, along with freshman Selma Sol Megnusdottir.

A two-game road swing to Texas and Oklahoma yielded a pair of 1-0 losses for the Waves, and a home opener against a Pac-12 power is not going to be easy. Natalie Jacobs should have the offense humming, and the return of Savannah DeMelo, Penelope Hocking and Tara McKeown from U.S. U20 World Cup duty makes this an even bigger task for the Waves. Joelle Anderson’s presence up front is critical for the WCC program, as it will look to break down the Pac-12 side’s defense.