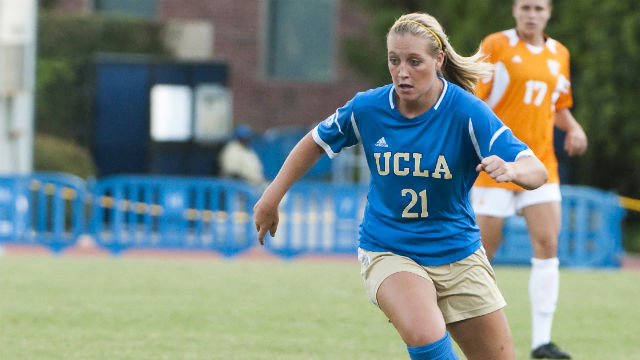 Another action-packed weekend in women’s college soccer lies ahead. Below is a preview of what to watch over the next few days.

The Knights take their explosive offense to College Station, Texas, after a strong opening weekend. Tatiana Coleman is the team’s main weapon, and if Lena Petermann is available after her successful World Cup exploits, the Aggies will need to use caution. Kelley Monogue and Shea Groom both enjoyed strong weekends and will look to continue their success.

The Tar Heels land back in the top five list after an up-and-down opening weekend. Anson Dorrance’s side looked like a talented but work in progress offensively. That’s a concern as the Heels visit Westwood against a defense that has yet to give up a shot on goal this season. The Bruins look like the real deal and will be hungry to make a statement in front of a home crowd.

It’s a big weekend for the Blue Devils, which trotted out a number of freshmen and failed to put together an opening weekend win. Robbie Church’s side shouldn’t be too discouraged because they carved out enough chances in the opener against Ohio State, but they’ll need to finish their chances against a defense led by Kadeisha Buchanan.

After strutting their stuff and beating two ACC opponents last weekend, the Cardinal test themselves on the road once again, traveling to Portland for a matchup with the Pilots. Stanford’s defense, led by Stephanie Amack and Maddie Bauer, rolled out their A-game in ACC country, and will need to lock down an attack that boasts Allison Wetherington and Danica Evans.

Early non-conference games are far from do or die, Nebraska could really use a statement win on the road against an Eagles side that was upset by Northwestern last weekend. Both sides are in similar spots, as the Huskers lost significant talent from 2013, though they do bring back exciting goal scorer Jaycie Johnson, and Marquette will lean on midfielder Mary Luba.

Seeming to take her U20 World Cup roster spot snub in stride, Notre Dame midfielder Morgan Andrews produced a triumvirate of assists for the Irish last weekend. She’ll look to keep her strong form going against ranked opponents Texas Tech and a visit from USC.

It’s a long way to go this season for Michigan, which lost so much to graduation this offseason. A trip out west for games against San Diego and San Diego State is going to stretch the group with heavy travel and tough opposition.