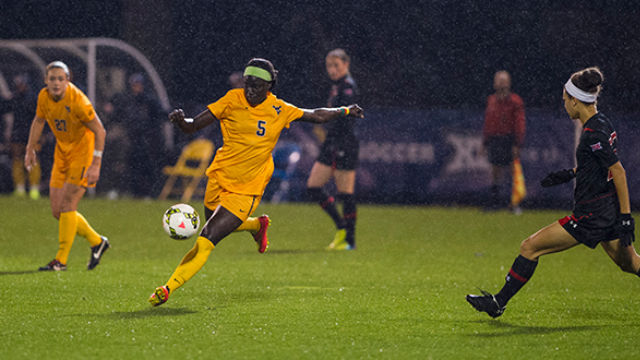 Conference play continues over the weekend as the postseason draws closer and closer, offering limited opportunities for programs to improve their resume.

After securing a win against Missouri last week, the Tigers are in the hunt for an even bigger win on the road in College Station Friday night. Auburn has progressed forward from a year ago thanks in part to significant contribution from a crop of first-year players, including Ellie Leek, Kristen Dodson and Hannah Alspach. Last season, Auburn was sitting on the bubble of a NCAA tournament berth when a seven-game winless run thwarted the team’s chances of making it. This weekend could be the most decisive in their case for an at-large bid, as a win over Texas A&M on the road, which sits at No. 5 in the RPI, would be a win that the Tigers could hang their hat on come selection time and boost their RPI. It’ll be a tall task for Auburn however, as the Aggies will be looking to maintain pressure on the conference-leading Florida Gators, which still sit with a perfect record in the SEC. Shea Groom continues to sizzle during her senior season, while other contributors like Kelly Monogue and Allie Bailey make A&M a hard team to handle.

Just how good is the Pac-12 this year? As of the latest RPI update, ten teams are in the top 50, a promising sign for the NCAA tournament aspirations of the two teams set to square off in Berkeley on Friday afternoon. The encounter marks the end of a five-game road-swing for the Utes, a stretch that has featured just one win, against lowly Oregon State. Goalkeeper Lindsey Luke has once again been central to the team’s defensive success, conceding just eight goals so far on the year and is capable of pulling off the spectacular save or two.

The Golden Bears enter this one fresh off a 3-0 loss against UCLA, and is certain to be eager to bounce back. Another team with a collection of impressive first-year talent (including Annia Mejia, Guro Bergsvand, Indigo Gibson and Emily Boyd) Cal can start building momentum with a win against the Utes. Taylor Comeau and Kelly Fitzgerald have helped keep the offense going after Ifeoma Onumonu went down with a season-ending injury after just two games.

Perhaps the hottest team in the country at the moment, UCF is cutting through the American Athletic Conference like a hot knife through butter, winners of ten straight games, including six in conference play. A lockdown defense has carried them for long stretches, including three straight shutout wins for goalkeeper Connie Organ, who makes it easy for an offense led by Tatiana Coleman (nine goals, eight assists).

A flurry of ties in conference play has kept the Huskies in fourth place, and this game is a prime opportunity to not only put a halt to UFC(w)’s winning streak, but also crack open their chances of a regular season title. Rachel Hill is certain to be the focus for UCF’s defense, as the sophomore scoring sensation has nabbed 13 so far this season.

A pivotal encounter in the race for Big 12 supremacy, the Mountaineers hop on a plane for a visit to Kansas looking to slow down the Jayhawks and once again put themselves into position for a Big 12 regular season title. After losing twice in the first three games of the season, West Virginia hasn’t lost since a 2-0 defeat to Duke, a stretch of ten games that includes a pair of ties in that stretch. Twelve different players have buoyed the offense this year, with four each from Leah Emaus, Ashley Lawrence and Michaela Abam, while Kadeisha Buchanan has been a central figure in the team’s strong defense.

Speaking of winning streaks, the Jayhawks have spun off six straight victories after their lone setback of the year in September. Forward Liana Salazar has been a big reason why, with nine goals and four assists, while Ashley Williams has put seven in the back of the net. Each side plays this one after tricky Friday night league encounters, as Kansas hosts Texas Tech in Lawrence, while WVU visits Iowa State.

Even in a year where the two teams aren’t battling neck-and-neck for first place in the ACC, Duke-Carolina clashes are capable of producing fireworks. The Tar Heels continue to find ways to win games with their wide array of attacking talent, as Emily Bruder popped up to bag a brace in last week’s win. That’s without mentioning the contributions of other capable players, including Amber Munerlyn, Cameron Castleberry, Summer Green and Joanna Boyles, all of whom are capable of changing a game with a pass or a scorcher from distance. Katie Bowen has provide stability at the back on a team that’s had its share of injuries to deal with.

Hosts Duke will be eager to prove that they can take down one of the nation’s top teams, not to mention improve a lagging RPI of 59 that could be a concern come selection time. A young team will be tested, as four freshmen – Imani Dorsey, Ashton Miller, Schuyler DeBree and Morgan Reid – have been thrust into significant roles this season. However, the combination of Dorsey, alongside the more experienced Kelly Cobb and Toni Payne, gives Duke the ability to threaten the Tar Heel defense and spring the upset at home.