With conference action ramping up across the nation, there are a number of tremendous matchups in women’s college soccer.

Below are the five matches to keep an eye on starting Friday.

Two undefeated Pac-12 foes open up their conference slate in Salt Lake City, as the Cardinal put their shutout streak on the line against a team that has conceded just three goals on the season. Utah goalkeeper Lindsey Luke is one of the primary catalysts for that strong defensive mark, while Katie Taylor (3 goals, 4 assists) is the main offensive threat Stanford must lock down. For the Cardinal, the defensive output has been impressive up to this point, as the likes of Stephanie Amack and Maddie Bauer have been lights out along the back line. Ryan Walker-Hartshorn and Chioma Ubogagu have injected enough into the attack to make Stanford legit title contenders, and they’ll look to take a step in the right direction with this opening trip. 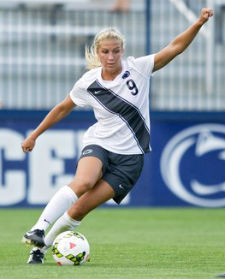 A slew of new recruits have helped the Bulldogs to six wins out of their first eight games, including an SEC opening victory against Vanderbilt last Sunday. Friday night’s test against the Gators is their biggest challenge to date, and an opportunity to show which direction things are heading. Sophomore Gabby Seiler (5 goals, 7 assists) continues to excel, while fellow sophomore Marion Crowder provides a nice offensive compliment. The question for Georgia (and challenge) is whether or not they can slow down the Gator offense. While Savannah Jordan hasn’t been quite as prolific this season, five goals is still a good haul from the first eight games and she’ll look to help Florida win a second straight SEC game.

Pretty much any Michigan-Michigan State matchup has potential to deliver entertainment, and it’s no different as the Spartans and Wolverines prepare for what is a crucial clash for both sides. The conference schedule has once against provided difficult for Michigan State after a promising non-conference start to the season, as they’ve gone 0-3-1 in their first four Big Ten games, scoring just once during that stretch. Freshman Jamie Cheslik looked like the team’s answer up front, but has slowed of late, while senior defender Mary-Kate Fiebernitz is a lockdown option at the back. On the other side, the hosts Michigan can continue and solidify their position in the top half of the conference standings after losing its first-ever conference meeting against Rutgers last Sunday. The young and promising crop of Wolverines still look like a team capable of exceeding expectations, as Ani Sarkisian, Nicky Waldeck and Megan Hinz continue to prove their worth.

Illinois star Jannelle Flaws is peaking at just the right time for the Illini ahead of a huge matchup against the Nittany Lions on Sunday. Her five-goal outburst earned her a slew of weekly awards and shows that she can score at the same rate as she did in 2013. It’s going to be no easy task for the Illini in State College against a Penn State squad clicking on all cylinders under head coach Erica Walsh. Freshman Frannie Crouse leads the team in goals with six so far, while Mallory Weber is doing her part with five tallies. That’s just the tip of iceberg, as Whitney Church provides stability at the back and Raquel Rodriguez can nick a goal here or there as well. With that many weapons, it’s going to take quite the team effort for the Illini to shutdown the Penn State offense.

Perhaps the biggest ACC clash of the season – to this point, of course – takes place as Virginia and Florida State tussle in Tallahassee on Sunday. The nationally televised affair should prove to be worth tuning in for, as both teams have recovered well from significant losses from last year’s squad. While Virginia boasts the perfect record, a case could be made that the home side is the favorite. Dagny Brynjarsdottir is looking bright once again spearheading the FSU attack, while Kristin Grubka provides a shutdown presence at the back. Virginia will have Morgan Brian to pull the strings and help win the midfield battle, and she’ll need to have a good game in order to pull off the road win.