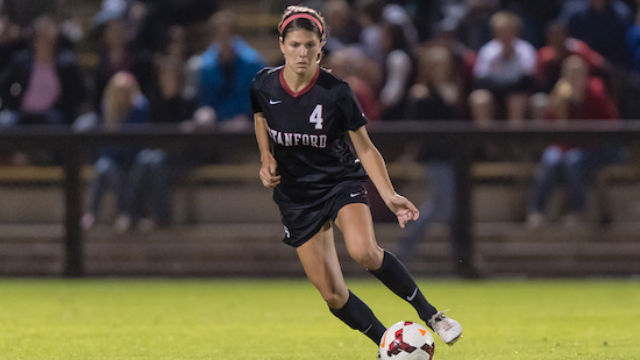 The women’s college soccer season is back.

After another offseason full of restocking, retooling and rebuilding rosters, the 2014 women’s Division I soccer campaign hits the ground running with some high-quality encounters over the coming weekend.

Below is a preview of the action:

A new era in South Bend kicks off in Illinois, as head coach Theresa Romagnolo coaches her first regular season game with the Fighting Irish. There’s no question that she has the talent at her disposal to go far, with the likes of Morgan Andrews, Katie Naughton and Cari Roccaro at her disposal against an Illini side that will be hungry to open up with a win at home. What senior forward Jannelle Flaws can do for an encore after her 23-goal campaign in 2013, especially against what should be a stout Irish defense, makes this a game worth watching.

What better way for head coach Paul Ratcliffe to test his young but talented team that traveling to Chapel Hill for a matchup with the Tar Heels? The Cardinal opens the season in tough fashion, and will look to secure a positive result against a Carolina team that is going to look a lot different. Kealia Ohai and Crystal Dunn are the big pieces that moved on, but so did center back Megan Brigman and goalkeeper Anna Sieloff, who were both significant contributors last year.

Road tests between perennial programs are a recurring theme this weekends, and the Pilots are amongst those facing stiff tests away from home. Portland will hope sophomore scorers Allison Wetherington and Danica Evans can get going against a Seminole side introducing Cheyna Williams to the front line, while midfield maestro Dagny Brynjarsdottir can make an early statement in the Hermann race.

Looking to return to the summit of the Big Ten, the Nittany Lions open up the season at home against a gritty and tough Mountaineers squad. Penn State added the No. 2 ranked recruiting crop, but have plenty of experience and talent to rely on in Emily Hurd, Whitney Church, Raquel Rodriguez and Mallory Weber. West Virginia boast Canadian talents Kadeisha Buchanan and Ashley Lawrence who can help out in different pockets of the field, while Kate Schwindel bolsters the offense in her senior season.

A matchup closer to home for these programs, both lost significant seniors and will look for a big win to build momentum early in the season. Sofia Huerta remains as the Broncos most dangerous attacker, while California gets to trot out its strong recruiting class that includes Indigo Gibson and Norwegian midfielder Guro Bergsvand.

With Dunn and Ohai gone, who guides the offense for North Carolina? Contenders include 2013 contributors Amber Munerlyn and Summer Green, both who should prove to be dangerous weapons for Anson Dorrance’s team this fall. But sophomore Jo Boyles is the one to keep an eye on this weekend against Stanford and Ohio State, as she could be another star in the making at Chapel Hill.

Look no further than the aforementioned Cardinal, which opens the season with a very difficult trip out east for games against North Carolina and Duke. It’ll be an early measuring stick for Stanford, which lost a couple of pieces but added the consensus No. 1 recruiting class and can make a statement with a strong pair of outings in North Carolina.