College team/players of the week Sept. 1-7 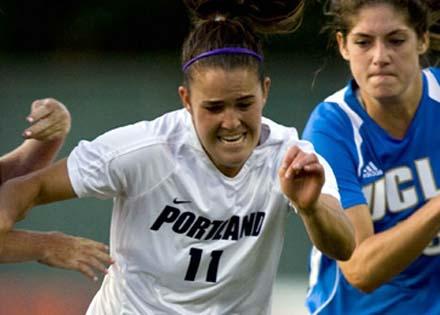 {mosimage:150}Akron and Portland remain at #1 in the TopDrawerSoccer.com Tournament 48 and 64 National Rankings, while Boston College freshman Victoria DiMartino and Duke’s Cole Grossman are TopDrawerSoccer.com Players of the Week in Women’s and Men’s College Soccer respectively.

DiMartino had a great week for Allison Foley’s Eagles, scoring four goals and adding an assist in a trio of wins. Grossman, a junior, recorded three goals and two assists for the Blue Devils as they began the 2009 season with a pair of wins.

A rarity with this week’s team: With offensive honors spread out among a number of North Carolina Tar Heels during the excellent week for their women’s team, we awarded Team of the Week status to all three starters in their vastly underrated back line. 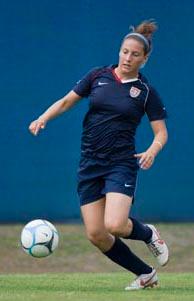 North Carolina made a strong case to move up to #1 in the women’s ranking with its 6-0 destruction of Notre Dame in South Bend Friday night, but Portland continued unbeaten and will retain the #1 spot ahead of the Tar Heels. On the men’s side, Akron remains #1 with a pair of shutout victories. UC Santa Barbara, Virginia and South Florida are big movers in the first regular season men’s ranking.

The ranking is a running projection of the 64 teams who will be in the postseason NCAA Tournament field, and thus reflects projected automatic conference qualifiers as well as at-large teams.

Click here to view the complete and newly updated rankings.