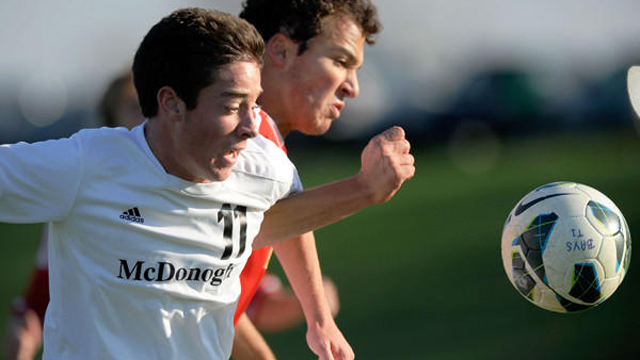 While the Development Academy tends to take the broader share of the talent for high-school aged players, the high school ranks are still teeming with next-generation athletes. Some are committed already, while some are still climbing up the ranks in an effort to make a name.

Here’s a look at 14 of the nation’s best high school players to watch in 2014. The majority here are either 2014s headed to college in the fall or 2015s headed into their senior year with big decisions to make.

D Mohammed Moro (Hotchkiss School): The African Right to Dream program has produced a handful of talented soccer players, and Moro seems to have a bright future ahead. He was an invaluable player for Connecticut’s Hotchkiss, where he established himself as one of the most physically imposing defenders in the nation. Boston College welcomes him with open arms later this year.

M George Campbell (McDonogh School): McDonogh coach Steve Nichols has coached a horde of great ones, and he called Campbell the best all-around player McDonogh’s ever had. The Maryland commit was the NSCAA High School Player of the Year after scoring 23 and assisting on 15 more. There isn’t a more college-ready high school player anywhere.

F Abu Danladi (Dunn School): Danladi is another Right to Dream grad, though he perhaps hasn’t gotten as much national exposure due to Dunn’s brief program-less existence. That didn’t stop UCLA(m) from swooping in on a recruiting coup that could pay big dividends down the road. The talented forward, who is talented but a project, scored four against Tottenham in the 2012 Milk Cup to showcase his full range of attacking panache.