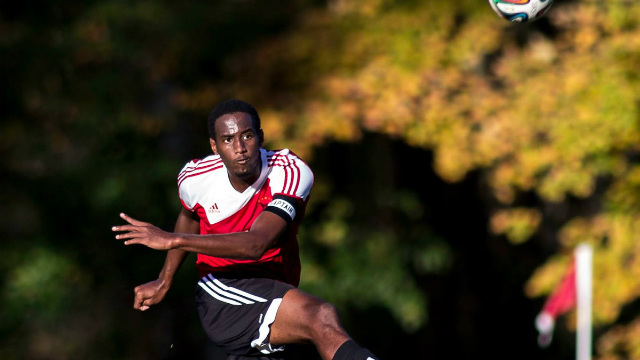 For a few, however, it serves as a last chance to be recognized by college scouts.

In preparation for this Saturday’s annual All-America games at Cardinal Gibbons High School in Raleigh, N.C., TopDrawerSoccer takes a look at the boys players who remain undecided on college. All other boys players have committed to NCAA Division I programs, save one who selected a highly ranked Division II school. The Boys All-American Game is scheduled for 2 p.m. EST on Saturday, Dec. 3. The match will be live-streamed on TopDrawerSoccer.com. 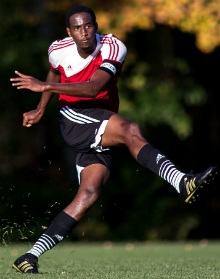 Here are the official match rosters for the games.

Harris is the top uncommitted prospect in this year’s event. He has offers from several NCAA Division I programs and his heavy courted by ACC schools. The tall center back from Bermuda has played for Bermuda’s U15, U17 and U20 National Teams. He helped South Kent to a 18-1 season, a second straight New England Prep School B Tournament title and a second straight TopDrawerSoccer Prep Top 10 national title.

By the time Sohn arrives in North Carolina, he may no longer be uncommitted. But for the time being, this dangerous finisher is open. He is taking an unofficial college visit on his way to the All-America Game. Sohn helped Quincy make appearances in the SIMA FAB 50 each of the past three years he was a starter on the team, and helped the squad to a state runner-up finish in 2015. Coaches selected him as the top player in his bracket at the Gateway City Soccer Classic this past fall.

Bonano is considered the top offensive-minded midfielder at the All-America Game who remains uncommitted. He proved a dangerous 1-2 punch with a junior teammate, helping Evansville Memorial to an Indiana state title this past fall. He 31 goals and 25 assists this past season, pushing his career totals to 51 goals and 34 assists.

Catenacci returned from a stint with Sporting Kansas City in the Development Academy to give Rockhurst a bump up in quality. He played as a freshman for Rockhurst’s 2013 state title-winning team before switching to academy soccer. He returned to Rockhurst’s high school team as a senior and led the squad to a state runner-up finish. Catenacci plays a midfield role and is dangerous on set pieces.

Oberg, who moved from midfield to center back as a senior, served as team captain for Berkshire, which went 18-1, won the New England Prep School A Tournament and finished No. 2 in the TopDrawerSoccer Prep Top 10. He led his club team, Manhattan Villa, for the NPL national title last summer.

High school teams in Oregon are largely limited to league and state play, meaning this will be the first time Aeschliman will get to test his skills against some of the nation’s best. He was a four-time all-conference and three-time all-state selection as a forward. He topped 60 goals and 30 assists for his career.

Curtis was named the 4A state title game MVP after helped Green Hope to a state title. He is a two-time all-region, all-conference and all-state performer as a defender. Curtis has helped his club team to State Cup titles four of the past five years.

Louis, a forward, had a breakout season in 2016 and it led to a Minnesota Mr. Soccer award for his play as a senior. He had 26 goals and 13 assists in 18 matches this past fall.

Campbell has been a two-year starter at Delaware power Salesianum where he helped the team to a seventh straight state title. The athletic keeper has the ability to make the outstanding save, and his played preserved a title with St. Benedict’s (N.J.) early in the season. Campbell plays for Delaware Rush, which will compete in the US Youth Soccer National League this spring. He was the starter for the Rush squad that made the US Youth Soccer national tournament in 2014.

Stone, a defender, helped Olathe East to a 59-6 record during his three-year varsity career, which included a state title in 2014 and a runner-up finish in 2016. He was the league’s defensive player of the year and named first-team all-state. He tallied 16 goals and 18 assists during his career.

Strauss’ play as a defender helped St. Ignatius to a third straight state title and the SIMA FAB 50 national title this past fall. Even with his role as a defender, Strauss was able to make an impact in the offensive side of the game, scoring seven career goals. He’s a two-time academic All-American.

Cline is the second uncommitted goalkeeper in this year’s All-America Game. He was a four-year starter who compiled 27 shutouts, was named Section VII Goalkeeper as a junior and senior and all-state as a senior. In 2015, he was awarded the Missouri Youth Soccer Association "Save of the Year" award for his efforts in club soccer.

Smith is one of several solid players in Rockhurst’s lineup who might get overlooked on a team where balance is key and several players contribute to each victory. In a four-year varsity career, Smith helped the Hawklets to 90 wins and state semifinal appearances (or better) each year — including a title in 2013 and a runner-up this past fall.

Garrett had six goals and eight assists as a defender for Carson. He’s a four-year starter and was named top defender all four years of high school play. He was a first-team all-state pick in 2015 (the 2016 team has yet to be named), but Garrett was honored already as the Northern Nevada Sierra League Defensive Player of the Year for 2016.