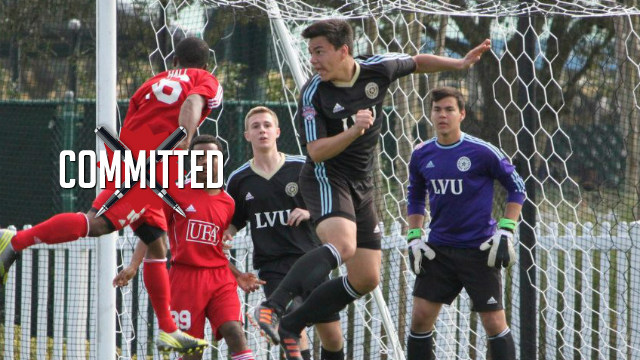 So how does a recruit make his way from Montana to High Point in North Carolina? 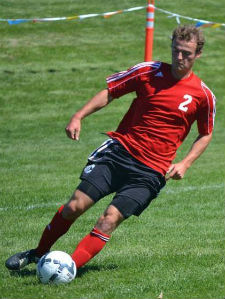 It started for Ben Hietala with his club coach Paul Zazenski, who played soccer at UNC Greensboro and knows the coaching staff at High Point. That was just the start, however.

“I sat down and talked with my parents, and they decided to help support me in my dream to play D1 soccer,” Hietala told TopDrawerSoccer.com. “I got to attend two camps at High Point, which made me fall in love with the school, facilities, and the mentality that coach Fonder instills in his players. After I had two strong camp performances, I was able to talk with Coach Fonder and Coach O'Keeffe about how I could potentially fit in for the program at HPU.”

Hietala, a hard-working striker who admires the play of Thomas Mueller and Dirk Kuyt, was also considering UC Davis, Denver University, Colorado College, Whitman, and Pacific University. He is the second verbal commitment to High Point for 2015.

It’s not every day a pair of twins from the Development Academy commit to the same school, but that’s the path Cameron and Garrett Keys decided to take after recently committing to play for local side La Salle in 2015.

Teammates on Lehigh Valley and now on the Philadelphia Union Academy, the school’s balance between athletics and academics were a big in their decision.

“[La Salle] demonstrated an equal emphasis on both the academics and the athletics which was the critical factor” in their decision.

Cameron, who plays in goal, and Garrett, who can be found in the midfield, are both planning to enter the medical field at the moment, another factor in the choice. Going to the same school wasn’t necessarily essential, but ended up becoming part of their decision as they went through the recruiting process together.

The Keys twins are the first two commitments to La Salle’s 2015 recruiting class.

Chase Ealy is a forward who thrives playing with his back to goal, and Stony Brook had the whole package for him.

“The location, the campus and the facilities are really exceptional and importantly, Stony Brook has put tremendous academic and athletic support around their athletes to ensure success both on the field and off,” Ealy told TopDrawerSoccer.com. “Playing for Coach Anatol, Coach Merida and Coach Thames, I knew Stony Brook presented the opportunity to play soccer in a competitive conference for a young and ambitious team with great future vision for both the team and the players.”

While he sees himself best up front, Ealy is willing to play wherever needed in order to help his team win. And though he considered other programs, it always came back to Stony Brook.

“The more time I spent on campus, the more I realized that from a soccer, academic and social standpoint, this was a great fit,” Ealy said. “When all of the options were laid out in front of me, Stony Brook was the place I knew I would have the greatest opportunity for success.”

Ealy is the fifth verbal commitment to Stony Brook for the class of 2015.

Forward Christophe Koffi (DC United) committed to Virginia for the class of 2015.

Forward Noah Murphy (Lonestar SC) committed to Saint Louis for the class of 2015.

Forward Ivan Gutierrez (Chivas USA) committed to UCLA for the class of 2016.

Midfielder Christian Boorom (IMG Soccer Academy) committed to SMU for the class of 2015.