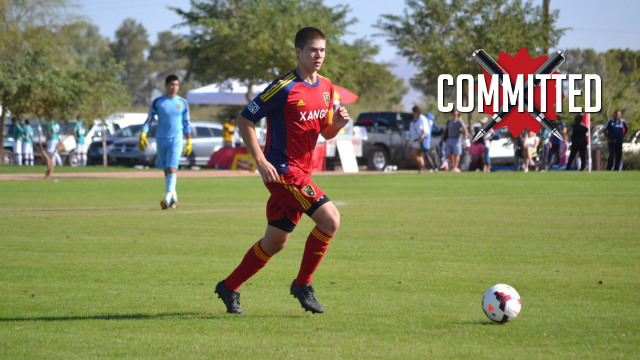 The starting netminder on last season’s U16 Development Academy title-winning side, Luis Barraza has his sights set on making the jump to DI soccer at Marquette just under two years from now. 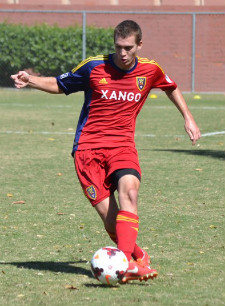 "They are a good school academically and on the field they are equally as good,” Barraza told grandesportsacademy.com. “The whole staff were very welcoming and I felt it was a good fit for me. My family also liked it, which made it even more appealing to me."

The start of his collegiate career will also be a reunion of sorts, as Barraza would join RSL-AZ product Coco Navarro as an Eagle, something that he is looking forward to.

"I was close to Coco and to have someone like that at Marquette is nice,” Barraza said. “He is a good friend and I felt comfortable going there. Plus I want to play with him again.”

Current Marquette starting goalkeeper Charlie Lyon is slated to graduate following the 2014 season, opening the door for Barraza to compete for the starting job from day one.

Finding a school that would keep him on the path to be a pro was one of several factors Erik Holt took into consideration while searching for the right college fit. Unsurprisingly, it led to his commitment to one of the most well known programs at producing players for the next level.

“I want to excel in soccer and I knew if I went to UCLA it would help me get to where I want to be and that is professional,” Holt told grandesportsacademy.com “I also wanted to go to a good academic school because I want to study something in the field of medicine and for me UCLA is the perfect fit for both.”

A member and captain of the San Diego Surf U18 squad prior to making the switch to RSL-AZ for the current season, Holt was also invited to join the U17 Men’s National Team Residency program, though he elected to stay home.

His decision to play at UCLA also means that he won’t stray too far from San Diego, an important factor as well.

“I wanted to stay in Southern California because it has beautiful weather and I’m close to home,” he said.

While other players look to stay close to home, Corey Nemeth’s college commitment takes him almost as far from his native Hawaii as possible while staying in the United States.

But Radford appealed to him because of the way they treat their players, and it was clear that it would be an ideal fit for him.

“Radford is all about getting the players and producing them to their max while they are at college,” he said. “They are committed to the players.”

While the choice takes him even further away from home – Nemeth originally hails from Lihue on the island of Kauai – he will be closer to some of his other relatives.

“I have family on the east coast about six hours away so it’s not too bad and I can see them all the time now,” he said. “I really liked the area around Radford and it reminded me a little of back home.”

Midfielder Ben Fisher (Triangle United) committed to UNC Wilmington for the class of 2015.