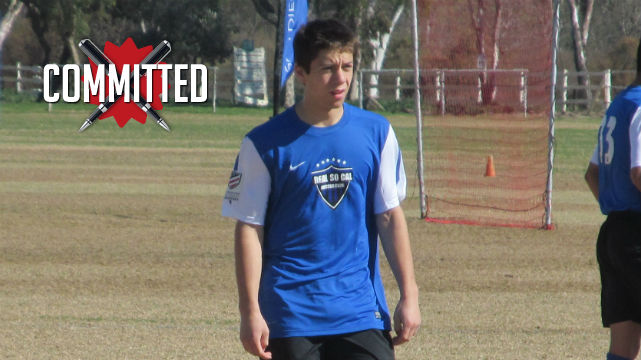 For Ryder Bell, his commitment boiled down to finding the right fit for him on and off the field.

“I decided to commit to W&M after my second visit in the spring because it seemed to be the comfortable balance of academic and athletic endeavors for me,” Bell told TopDrawerSoccer.com. “The school has a great academic reputation and the soccer program has a long history of success. All the players seem to value their education as well as contributing to a highly respected soccer program.”

William & Mary’s approach to the game on the field was another significant plus. 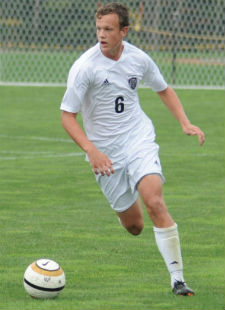 “The soccer program was very appealing because of their attacking system, possession based style of play and the commitment of the team to work hard for each other,” Bell said. “They have high expectations and always play a tough schedule.”

The College’s status as one of the nation’s oldest institutions of higher education also appealed to Bell.

“I really like the history of the school. It has so many cool traditions because it was founded in 1693,” he said. “It is a great size with a strong focus on undergraduate teaching that will help me choose a good career path for the future and I felt immediately comfortable and at home when I first visited."

Four players are committed to William & Mary for the class of 2015.

After Nicholas Adamczyk made his first visit to Elon, it was at the top of the list. A positive experience visiting with coaches, player and the academic staff made him feel welcome.

Further research into the academic opportunities on offer helped him decide that the North Carolina school was the right place for him.

“Academics are very important in our family and as I thought about what I wanted to do after soccer, Elon offers the curriculum that matches my interests, the Chemistry/Chemical Engineering dual-degree program,” Adamczyk told TopDrawerSoccer.com. “When you do the research, Elon is regularly recognized for its academic excellence and focus on developing their students and that’s what I was looking for in a school.”

The soccer program, which makes regular appearances in the NCAA tournament, recently switched conferences, and Adamczyk is hopeful of helping the team continue to win accolades on the field.

“Elon has a documented tradition of success on the pitch and I‘m looking forward to be a contributing team member as we compete in the CAA,” he said. “I played against Coach Little’s teams in the Academy, like the style of play and feel confident that we’ll able to use my strengths to the team’s benefit.”

Adamczyk is the first commitment to Elon for 2015.

The road from Texas to North Carolina is one that Keith Nuttter is set to take next fall.

The central midfielder’s decision to verbal to join High Point was a fairly straightforward one.

“I really liked High Point not only because of the nice campus and facilities, but mainly because the coaching staff was very welcoming and fun to be around,” Nutter told TopDrawerSoccer.com. “High Point had always been the main school that I was aiming for, but I also like SMU and some smaller schools in Texas.”

Forward Tucker Marvin (NY Elite FC) committed to Massachusetts for the class of 2015.

Midfielder Luis Carbajal (Real So Cal) committed to Cal State Northridge(m) for the class of 2016.

Defender Andrew Crawford (Revolution Empire) committed to Rider for the class of 2015.

Forward Thomas Ueland (Lexington FC) committed to Notre Dame for the class of 2015.

Defender Jack Freeman (Sporting KC) committed to Ohio State for the class of 2015.

Midfielder Abdul Kooistra (FC Wisconsin Nationals) committed to Wisconsin for the class of 2015.