Boys Commitments: Stocking up for fall 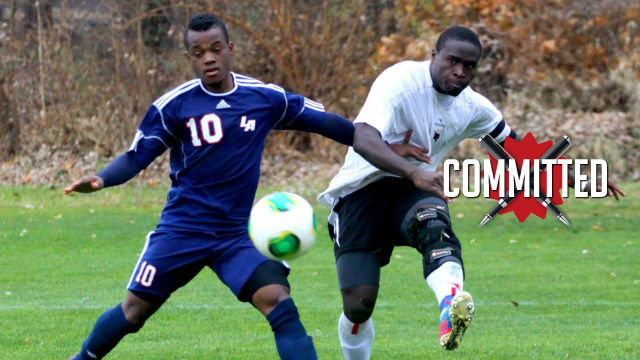 It’s only a matter of time before successful Maryland coach Steve Nichols makes his mark at Loyola (MD).

The Patriot League program’s lack of recent on field accomplishments made A. Mickey Watson slightly weary, but one chat with Nichols helped him make up his mind after a visit. 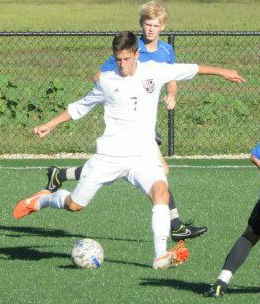 “I came home and did my homework on the school, and it seemed like the right fit for me academically,” Watson told TopDrawerSoccer.com. “I also spoke to the new head coach, Steve Nichols, who had gotten the job a week before my visit. After our conversation, I knew the program was definitely on the rise.”

A left center back that emphasizes a simple approach, Watson liked what Nichols was building.

“I really like the new coaching staff,” he said. “Coach Steve was extremely successful at the high school level. He was able to develop many good players and sent them to big time schools. He’s also really charismatic, he wants to see his players excel both on and off the pitch.”

Away from soccer, the school was the ideal size for Watson.

“I don’t think I will be just another kid, or a number in my classes,” he said. “I am going to know my professors on a personal level, and I’m sure they will know me as well.”

Six players are verbally committed to Loyola (MD) for the class of 2015.

An athletic defender with good height, size, and speed, Hunter Finnegan is a standout for his high school soccer team in Wheaton, Illinois.

His next stop is the Horizon League, after Valparaiso caught his attention.

“I decided to pick Valparaiso for several reasons,” Finnegan told TopDrawerSoccer.com. “First was how well I thought I would work with coach Mike Avery and the rest of the Valpo coaching staff. He talked a lot about dreams and working hard to achieve those dreams and put several other guidelines in front of me that really lined up with where I want to be not only as a soccer player but also as an individual.”

Finnegan was impressed by the team’s chemistry as well, and he thinks that he can fit in with them from day one.

“The team has a great group of guys that I thought I would gel in nice with,” he said. “And finally it's and incredible opportunity to play against the best of the best in college soccer. The attitude at Valpo is that they does not shy away from the big names and loves to schedule them to prove that we can go out and compete with humongous Division I schools, and eventually win it all.”

Two verbal commitments are reported to join Valparaiso this fall.

Richie Gutierrez, a playmaking outside midfielder for Dev. Academy side NJCSA, has committed to Colby College for the class of 2015.

“I chose Colby College in Maine for its highly ranked academic reputation and the opportunity to help a program that is presently on the rise,” Gutierrez told TopDrawerSoccer.com. "After making my official visit to Colby, I was extremely impressed with Coach Seabrook and his coaching staff. The men's soccer program is a tight unit and their style of play suits me nicely.”

Recruited by other programs in the NESCAC, a Division III conference in the Northeast, Gutierrez is eager for that aspect of the challenge of playing at a higher level.

The school also caught his attention away from the soccer field.

“The reputation of Colby ultimately makes it an honor for me to attend this incredible school,” Gutierrez said. “The beautiful campus in Waterville, Maine is highly conducive to learning. I look forward to achieving my academic goals at Colby.”