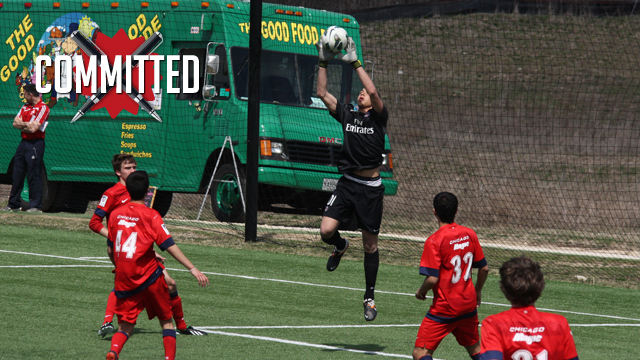 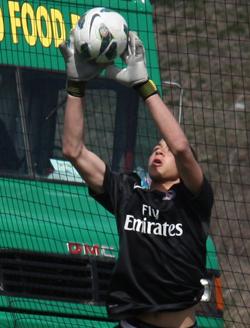 It was a simple sell for Elliot Rubio on joining Akron – best style of soccer, great coaches, and a school that fills his intended major.

“Akron plays the best soccer in the country, and the team is pretty young with lots of strong recruits I was fortunate to meet on my visits,” Rubio told TopDrawerSoccer.com. “Coach [Jared] Embick and the staff are great, and I got along very well with goalkeeper coach [Stuart] Dobson. That is important for me since I will spent quite a bit of time with my coach as a keeper and I think he has a lot to offer from his experience. Akron also has their College of Engineering, an area I am interested in and will enroll in there.”

Dobson, the former UC Santa Barbara(m) goalkeeper coach, is in his second season with the Zips this fall. He has provided the guidance for Fernando Pina in his first season between the pipes.

Akron was not the only top program that tried to land the Chicago Magic PSG standout.

“This was very difficult for me, and I would have been very fortunate to have gone to Louisville(m) or Marquette(m),” Rubio said. “They also play excellent soccer and have some players I know from this are. Coach [Ken] Lolla and Louis Bennett are as good as it gets and they were really open about their schools and programs on my visits.”

Rubio also talked about playing against some friends and rivals at the collegiate level.

“I hope we play each other and we can see each and compete,” he said. “I have a lot of friends on other teams in our conference the Development Academy that the Magic plays against and we always get along when the game is over, even though we are long time rivals since we were pretty young.”

The fan support at Akron was the final push for convincing Rubio that he should go with the Zips.

“[The fans] know what quality soccer is about and expect a good show,” Rubio said. “The soccer stadium field is basically sunk down right in the middle of campus and at night you can see the Student Union and Rec Center, Classroom buildings, Engineering buildings, all around it lit up. The fans come in from all directions to see the game. There is a hill around one side of it right to the field where students stand. They are hard on the other team’s keeper – I would not want to be him!”

College soccer options for boys club soccer talent might be limited in some respect, but Chase Clack found the right program for him without looking too far from home.

The coaching staff specifically impressed the attacking outside back.

“Coach [Scott] Calabrese has brought the Bucs into the top 40 in just 5 short years,” Clack told TopDrawerSoccer.com. “Not only is he very easy to talk to, his knowledge of the game and past experiences as assistant coach at UNC Chapel Hill, when they won the national championship, and Clemson, when they made it to the final four, contribute to his winning attitude on and off the field. And I can't speak enough about Coach [Ian] Luya. He has followed my play since the 2012 ODP National Championships and sought me out early. It was easy to say yes to such a positive coaching staff.”

Academic opportunities ultimately helped Welsey Mink make up his mind when sifting through his college options.

“What made me decide that Oakland was the right place for me was its good Health Sciences program and how close to home it is,” Mink told TopDrawerSoccer.com.

A connection with the coaching staff was another strong factor in Mink’s decision, who seemed to favor OU from the start.

“What drew me to the Oakland program was Coach Pogue having a goalkeeper background and the chance to play for a good soccer program while getting a good education,” he said.

Midfielder Chad Kozoyed (Virginia Rush) committed to Longwood for the class of 2014.

Midfielder Rece Buckmaster (Indiana Fire Academy) committed to Indiana for the class of 2015.