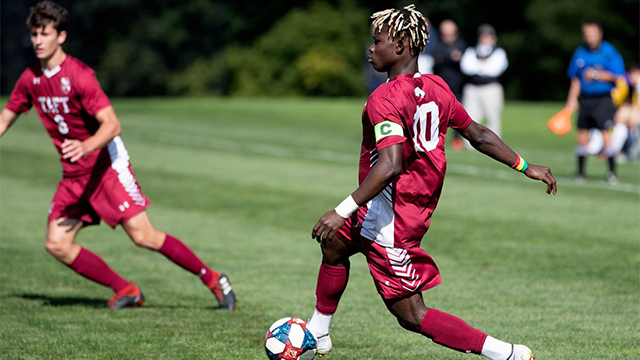 The recent history of the Gatorade Boys State Player of the Year award has taken on a different meaning over the past decade.

That’s obviously attributable to a significant chunk of boys club soccer players not competing in high school due to the rules from the Development Academy.

However, that shouldn’t detract from the honor. And it still can serve as an indicator of which players can rise as impact talent in college soccer. Ousseni Bouda was the National Player of the Year as a junior, and the state honoree as a senior in 2019 before excelling at Stanford last fall; other 2019 honorees played varying roles. 2019’s National Player of the Year Omar Hernandez was a bench player for Wake Forest, while other state honorees such as Clay Obara (James Madison), Herbert Endeley (Indiana), Daniel Diaz-Bonilla (Princeton) and Blake Bowen (San Diego State) hit the ground running.

Making the jump from a standout high school talent to the collegiate level is no small feat. But with the boys high school list out on Monday, which players could end up excelling in DI soccer this fall? Below is a look at some of the strongest candidates.