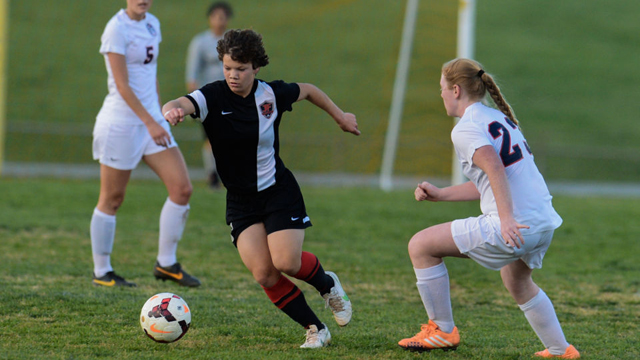 HOLLYWOOD, California – For most teenagers, summer break is an excuse to sleep in, hang out at the beach, and generally turn off. For Katie Cousins and Abu Danladi, it has been anything but. 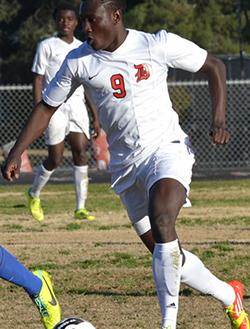 Cousins and Danladi were recognized as the Gatorade National Girls and Boys Soccer Players of the Year at the Loews Hotel in Hollywood on Tuesday. On Wednesday, they were at the ESPYs rubbing shoulders with some of the best athletes in sport.

The star-filled July is just a piece of a busy summer for the duo. Cousins heads to Mexico City next week for a training camp with the U.S. U18 Women’s National Team.

“I celebrate every single time [I’m called into a camp],” Cousins told TopDrawerSoccer on Tuesday. “You never know if you will be cut or called back. I take great pride in representing my country. I haven’t been to Mexico yet, so it’s going to be fun.”

Danladi’s schedule has been packed with games over the past couple of months. The Right to Dream graduate played with Galaxy II in May against the U.S. Men’s National Team, as part of the squad’s preparation for the World Cup.

“It was a great honor to be on the field with great players like [Landon] Donovan, [Clint] Dempsey, [Jozy] Altidore, [Michael] Bradley, Tim Howard, and all of those guys,” Danladi said. “I played and I learned something from those guys because they also started from the bottom and now they are representing their country and doing something great.”

MORE: Abu Danladi: In the Footsteps of Greatness | New No. 1 player in 2015 class

Danladi also featured with his youth club team Santa Barbara Soccer Club U18, which advanced to the US Youth Soccer National Championships for the first time in that age group. SBSC heads to Maryland next week to vie for the national title.

“We are going to work as hard we can and hopefully win the trophy for Santa Barbara,” Danladi said. “It’s great to be able to represent Santa Barbara at a national level and I’m really looking forward to it.”

Somehow, Danladi also managed to squeeze in some appearances with USL PDL side Ventura County Fusion during that period as well. He scored three goals and contributed an assist in 190 minutes played at that level.

After wrapping up the club seasons with SBSC and Fusion, Danladi will next be on the field for UCLA. Cousins is also headed to college, but her arrival is a bit delayed. Only a junior in high school, Cousins is planning on graduating early and enrolling at Tennessee in January.

“The main reason that I picked Tennessee was the head coach Brian [Pensky],” Cousins said. “I like that it on the river and has mountains . . . hiking and fishing. It’s like back home.”

“For soccer, I can play in the spring and get used to college soccer and college life,” Cousins explained for why she is graduating early. “That way when the fall comes around, I can kill my first season.”

As a defensive midfielder, Cousins tends to see the game a step or two ahead of everyone else on the field. Off the field, she has a similar approach. She has laid out goals for her future.

“One of my goals is that I hope we can win a national championship [at Tennessee],” Cousins said. “I think we will be in there in a couple of years. I’m excited.”

At the youth national team level, she has her eyes on the World Cup.

“This next [U20] World Cup after this summer is my age group and I’m really working to get on that roster,” Cousins said. “That’s my goal in two years.”

Danladi’s international future is not quite as clear.

While the future is bright for both Cousins and Danladi, current U.S. Men’s National Team defender Omar Gonzalez imparted some valuable wisdom on them about keeping perspective of current conditions.

“I gave them a few words of advice that was to keep working hard and you never know when your opportunity will come,” Gonzalez told TopDrawerSoccer. “If you put in the work, it will pay off. Never get down on yourself either. You aren’t perfect and things won’t go your way every day. As long as you work hard and you stay consistent, that’s all you can ask of yourself.”