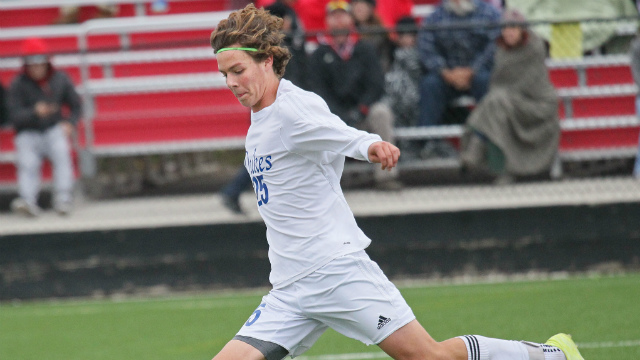 BURLINGTON, Iowa -- There was one upset result Thursday as the Go 4 The Goal Fall Classic got under way at the Burlington Rec Plex.

The Go 4 The Goal event is the rebranded competition formerly known as the Gateway City Classic that was held in St. Louis, Mo.

In other Bracket A play, Naperville North (Ill.) handled Cherry Creek (Colo.) 3-0 and Peoria Notre Dame (Ill.) rallied from a 2-0 deficit for a 3-2 win over [Mount Carmel il-m].

In Bracket B, FAB 50 No. 3 Bradley-Bourbonnais (Ill.) survived a scare by winning in penalty kicks over regionally ranked Washburn Rural (Kan.) following a 2-2 match. Bradley-Bourbonnais' win sets up a FAB 50 Top 10 clash Friday against Whitefish Bay (Wis.), a 4-0 winner over Quincy (Ill.). In the other half of the draw, Hinsdale Central (Ill.) defeated Green Valley (Nev.) 4-0 and Rockhurst Jesuit (Mo.) handled Collinsville (Ill.).

DAY 2: All 38 teams will be in action Friday